Plant “Plastic” To Bring Sustainability To Our Patios

Plant “Plastic” To Bring Sustainability To Our Patios

Just a couple weeks ago, we looked into a new microbe, with whose help scientists are hoping to recycle PET plastics back into PET plastics with no degradation in quality. (No mean feat considering said microbes essentially eat the plastic — what comes out the “other end” is the new material!). While this development is great in that it transforms previously single-use plastics into multi-use, humanity should be moving toward (ideally) a model where we use as little as possible of any plastics at all.

But, since plastics are so interwoven into our lives, we have to take baby steps. To that end, Dutch biochemical corporation Avantium has gone ahead and redefined the concept of “plastic”: inventing a way to replace PET-like plastics in things like drinking bottles with all-plant sources — not fossil fuels! Coca-Cola, Danone, and Carlsberg have all pledged backing for the pathfinder project, with plans to manufacture cardboard “bottles” for their products, lined with the new plant plastic, in the near future.

“Avantium’s plant plastic is designed to be resilient enough to contain carbonated drinks. Trials have shown that the plant plastic would decompose in one year using a composter, and a few years longer if left in normal outdoor conditions. But ideally, it should be recycled, said [Avantium CEO Tom] Van Aken.

The bio-refinery plans to break down sustainable plant sugars into simple chemical structures that can then be rearranged to form a new plant-based plastic – which could appear on supermarket shelves by 2023.

The path-finder project will initially make a modest 5,000 tonnes of plastic every year using sugars from corn, wheat or beets. However, Avantium expects its production to grow as demand for renewable plastics climbs.”

This is the kind of renewable, refreshing innovation I like to see, and one that might ultimately sustainable for us. As we’ve seen with other environmental initiatives, often the greatest obstacle the habits of people (and our corporations, which in some jurisdictions, are people too). People are irrational and love our routines, so relying on all of us to abandon plastics and haul heavy mason jars full of water to the park is a non-starter. But, stealthily replace plastic in its most common uses with something far better, and we don’t have to disturb our precious routines. Which is GREAT. So, sign me up for the first cold beer in a cardboard bottle when they arrive on our shores! “Cheers!” will sound different — but it’ll taste far sweeter.

When DFC was located in the Toronto suburbs, we often found ourselves grabbing a quick bite at some of the amazing Chinese restaurants in that community. Besides being fast and delicious, they were often open at the unusual times we were peckish!

Now that our offices are in the (relatively) deep woods, more often than not we have to look to homemade options for lunch. But, if and when we venture into the big city to scratch our culinary itch, we’ll be on the lookout for the fascinating physics of fried rice, recently uncovered by a team of mechanical engineers!

Frying rice in a commercial-grade wok is a major physical challenge for a chef. The rice grains and other tasty components must circulate in the pan constantly, so the dish doesn’t burn over the incredibly high heat. The Georgia Tech team analyzed a sample of five professional chefs, filming their fried rice technique and slo-mo-ing it for a full breakdown.

“These chefs made a specific set of motions that repeated about three times a second, the researchers report February 12 in the Journal of the Royal Society Interface. Each repetition includes sliding the wok back and forth while simultaneously rocking it to and fro, using the rim of the stovetop as a fulcrum. […]

By simulating the trajectories of rice in a wok, the researchers hit on some key culinary tips. The rocking and sliding motions shouldn’t be totally in sync, otherwise, the rice won’t mix well and could burn. And the wok’s movements should repeat rapidly. Moving the wok even faster could launch the rice higher, and might allow cooking at higher temperatures, and perhaps a quicker meal.”

This complex move often results in a lot of shoulder pain in wok-specializing chefs. In the most kind-hearted invocation of Skynet I’ve ever encountered, the researchers suggest that a robot be developed to take on rice-frying duties, to spare the humans in the kitchen. While I’m sure it can provide the brawn, it remains to be seen if a robot can handle the moment-by-moment subtle modifications humans are great at. How would it turn out? Oh dear: All this wondering has me craving fried rice. Be back soon…!

A Tribute to Jill, a Great Dog

Usually, I start thinking about what to write as an introduction at the start of the weekend…however I did not have to do that this week. On Friday the day that every pet owner dreads came upon us – we had to say goodbye to Jill.

Jill’s mobility wasn’t going in the right direction and I was getting worried about her. I was also being wary with the weekend coming up that something extreme would happen to Jill and I’d have to find an emergency vet during these COVID times or deal with it myself. To make a long sorrowful story short, Jill’s heart (the organ, not her spirit) was failing and her muscles were not getting the nourishment they needed to move her around. So because of these Covid times, we sat on the large porch outside of the veterinary clinic and spent time with Jill giving her lots of liver treats…the girl went out in style!
Now that it’s Sunday evening the house is still too quiet and too big, but that raw sting of sadness is ebbing away and I’m starting to remember the stories and antics of which there are plenty of! (Including the time she defied me and marched into the local Foodland)

Here is a picture of puppy Jill with her sisters (she’s in the middle), big sister Jill when Samson was new to the family, Jill barking at cows, and the grande-dame of Perth Road. 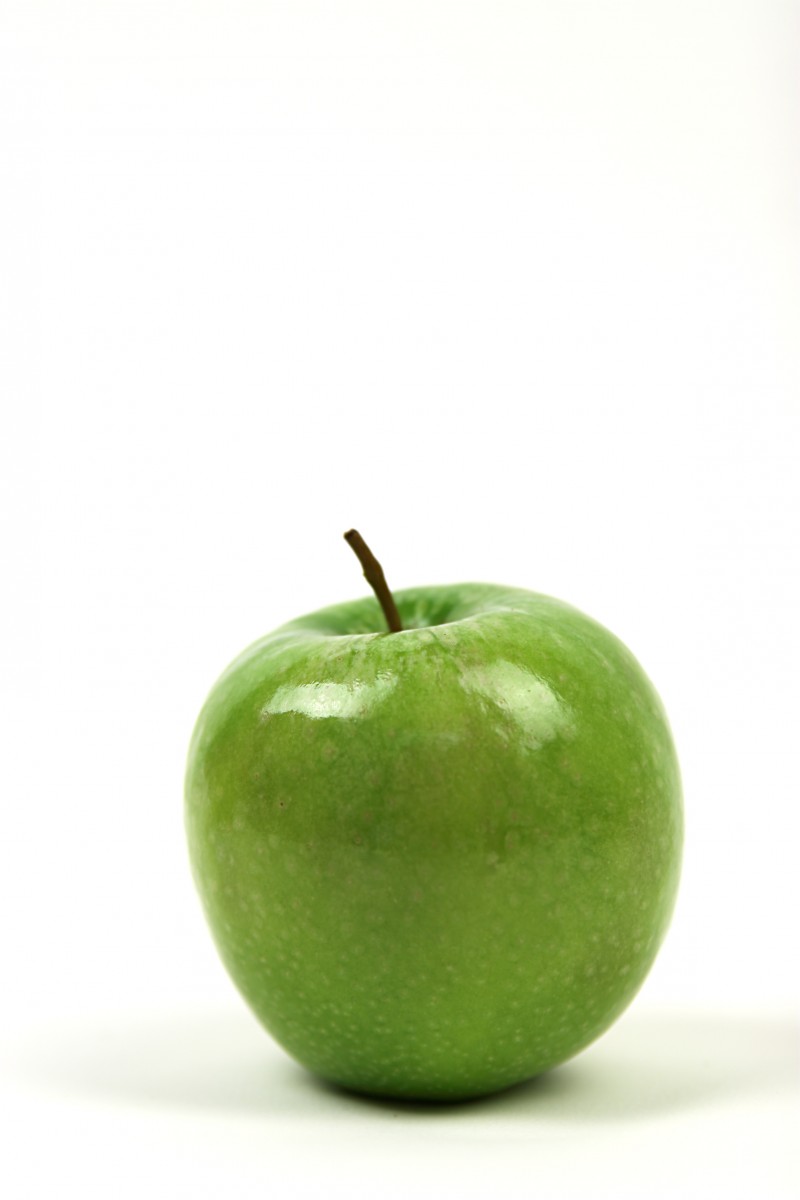 Despite the weather taunting us, spring is technically on its way here in southern Ontario. With it, comes the promise of delicious local fruits and veggies to wake up our hibernating tastebuds. I’ve always loved waiting for my faves to come into season — asparagus makes me think of Victoria Day, and McIntosh apples of Thanksgiving pies!

But my culinary calendar may get reorganized if James Rogers has his way. The Materials PhD has invented an organic spray coating for food items, that purports to increase their shelf life three times over. Rogers was inspired by his original work on an industrial spray that when dry, acted as a solar panel. Already attuned to sustainability through that project, he was further galvanized by the food waste he witnessed as fall out of seasonality: “The problem is you’re either in season and have more than you know what to do with, or you have nothing.”

So Rogers created Apeel Industries (of which he is now CEO), which is revolutionizing food preservation technologies, starting with his plant lipid spray. Ryan Bradley at the Guardian has the fascinating science:

“The spray can be made of the lipids from any plant – much of the source crop for their ingredients changes throughout the year, and is simply the excess or discarded produce from farms and vineyards – but it has to be molecularly reconstituted to act more or less exactly like the specific fruit on which it is sprayed.

We arrive at yet another lab, this one home to the material sciences team – the beating heart of the Apeel operation. Here, they use liquid gases to separate specific molecules from the lipid slurry, then reconfigure those molecules into a variety of combinations, essentially highly educated hunches as to what a specific fruit or vegetable’s skin might be like. If this seems like a lot of tedious guesswork, it is. The research and development for Apeel’s first product, a coating for avocados, took eight years.”

While Apeel has rivals in this particular niche, some with more complementary products, and others with direct competitors, Apeel has the most funding, mostly through major venture capitalist firms that share its Silicon Valley neighbourhood. It’ll be interesting to see how this competition shakes out — and how these sea changes to the industry reverberate up and down the supply chain. If it means having a fresh clementine in July… cognitive dissonance aside, I might be willing to try it!

From Cocktails to Cleansers: Distillery Pivots to Pandemic Preparedness

Due to a variety of reasons, North America has ended up behind the eight ball in terms of our protective response to COVID-19. In particular, my heart goes out to my home state of Michigan, as well as other U.S. states scrambling to take care of their own. Where there is a silver lining to be found, it’s in stories of a courageous population reaching unheard-of levels of resourcefulness in battling this virus!

As a small business owner, I was amazed at the big heart and production line dexterity I read about at Dirty Water Distillery, an artisanal Massachusetts liquor producer. In the early days of the pandemic, when a hand sanitizer shortage was reportedly their area, they realized the ability to make up some of the shortfalls was easily in their grasp. So they suspended production of drinkable alcohol (like their delicious-sounding local cranberry gin ), and quickly pivoted to cleanser alcohol instead, using a recipe the owner’s wife sourced from the WHO website.

“If Dirty Water had the necessary facilities, they had credentials in spades, too: [owner Pepi] Avizonis has a Ph.D. in physics, and his head distiller, Brenton MacKechnie, has a degree in chemistry.

Aside from ethanol and distilled water, both available in droves at the distillery already, the recipe called for glycerol and hydrogen peroxide, easily procured ingredients. After their first five-gallon test batch came out well, Avizonis and MacKechnie jumped to a 40-gallon batch the next day. In two weeks, the distillery has produced and distributed about 200 gallons of hand sanitizer, and they’re just getting started.”

Local emergency services and hospitals have been using Dirty Water hand sanitizer by the barrel, and the taproom has been open for members of the public to come in and refill their own personal bottles. In a perfect world, we’ll look forward to the day when we can enjoy a simple cocktail again (I daresay maybe on a patio? With other people??). Until then, while it is very much a problem that government support isn’t there for many populations, I’m thrilled to see individual citizens using their unique strengths to help others. That is the literal foundation of civilization — and as long as we have that, we will ultimately make it.