Laser-wielding robots used to be the stuff of 1950s science fiction nightmares. But we’re now so deep into the 21st century that science fact is harnessing their pew-pew powers for good. Carbon Robotics, an agricultural robotics start-up based in Seattle, has recently sold out of this year’s model of their LaserWeeder—a smart farming machine with an onboard AI that identifies weeds as it’s towed over a field, then

eliminates the weeds with a freaking laser. Potential to be cast as a Star Wars droid aside, the LaserWeeder is notable because one unit can cover two acres in one hour, zapping approximately 200,000 weeds. This speeds up one of the most onerous farming tasks, and helps mitigate the effects of farmhand staffing shortages.

The LaserWeeder is itself an adaptation of the AutonomousWeeder—a contraption that does the above, but also drives itself across the field it’s weeding. (This is where I’d  usually drop in something snarky about that ending well, but the AutonomousWeeder’s been doing its thing for over a year, with nary a sentience-achieving in sight.)

“‘We’ve proven the effectiveness of our laserweeding technology and the immense benefits it offers farmers, including healthier crops and soil, decreased herbicide use, and reduced chemical and labor costs,’ said Paul Mikesell, Carbon Robotics’ CEO and founder.

‘To best serve farmers’ needs, we’ve adapted the design of our product, but will still leverage our proven laserweeding technology,’ he continued. […]

While the cost isn’t listed on Carbon Robotics’ website, the company says that growers using the LaserWeeder are finding that it cuts their weeding costs by 80% and pays for itself in two to three years.”

The Laser- and AutonomousWeeders both seem to be solid entries in the robots-doing-things-humans-don’t-want-to category, much like a bomb disposal robot , or perhaps the robo-bussers at the Ameswell Hotel in Silicon Valley. I hope their labours, rather than forcing them to go rogue and kill all humans that oppress them, free up our collective brain-space to start reimagining industrial agriculture for our changing world. That would certainly make life better for all of us—robot and human!

I do enjoy a fluffy helping of rice, next to a spicy curry, or as the base for a silky risotto. And so does a healthy chunk of the world’s population! But this perfect carb has a dark side: The grains easily absorb environmental cadmium, a heavy metal that can accumulate in the human body and have a devastating effect on our health. Researchers have recently dived into the grain’s genome to search for a solution. With a bit of strategic genetic manipulation, a team from Okayama University has developed a strain of rice that absorbs less cadmium from contaminated soil and water—allowing for crops to be grown (and enjoyed!) while longer-term cleanup efforts get underway.

“Professor [Jian Feng] Ma and the members of his research team examined 132 accessions of rice and discovered that the gene OsNramp5, when duplicated in tandem, decreased the accumulation of cadmium in Pokkali, a type of rice cultivated for three thousand years in Kerala, India. OsNramp5 encodes a cadmium and manganese transporter protein in rice, according to earlier research. When the same gene is duplicated in tandem, it increases the absorption of both minerals into root cells. As a result, manganese and cadmium compete in the cells for translocation to the shoots, which in turn inhibits cadmium from building up in these regions. […]

As Pokkali stores extremely low cadmium in its shoots, the scientists introgressed (a term for the transfer of genetic information across species) the duplicated OsNramp5 gene in Koshihikari, a variety of rice that is very popular in Japan but accumulates relatively high levels of cadmium. Explaining how targeted breeding can help humans, Professor Ma says, ‘We identified a gene responsible for differential accumulation of cadmium in rice grain based on natural variations in cadmium accumulation. Then, we applied this gene to successfully breed rice cultivars with low cadmium accumulation in the grain.’”

Professor Ma makes it seem so easy—a simple solution for a simple grain. But the complex science shows how interconnected these varieties of rice are, both with each other and the Earth. I hope this creation buys us some time to get our cadmium-dumping act together. I’m glad we won’t have to starve while doing so! 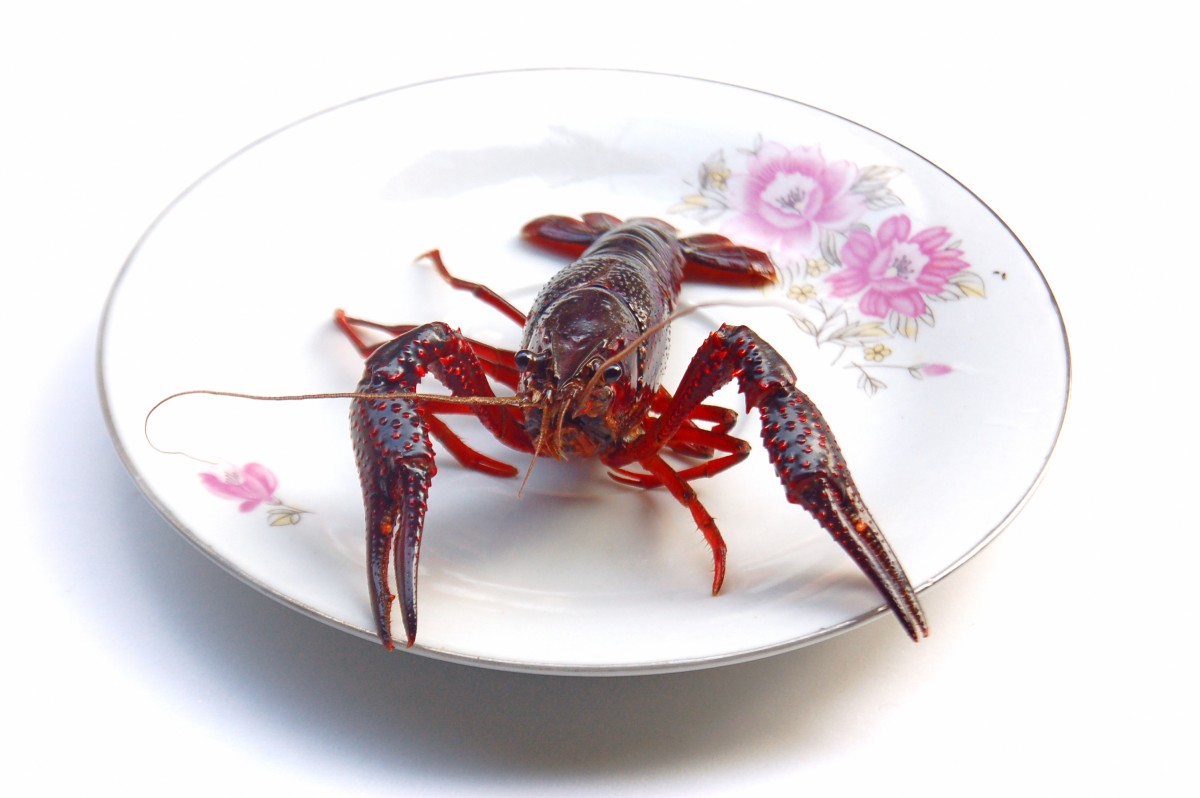 At the risk of turning into an all-seafood, all-the-time newsletter, we at DFC couldn’t let this oceanic innovation pass unremarked: Researchers have found a way to make batteries out of the discarded shells of crabs, shrimp, and lobsters. Like the shrimp shell cement (say that three times fast) we reported on this summer, this unusual use of crustacean cast-offs is a boon for sustainability on two levels. First, it finds a purpose for material that is usually just thrown away; and second, the batteries themselves are partially biodegradable (and the rest, recyclable). The science is fascinating and has just been published in the journal Matter, with Liangbing Hu of the University of Maryland’s Center for Materials Innovation as the lead author. And, once again, it all comes down to the wonder material that is chitin.

“Crustaceans such as crabs, shrimps and lobsters have exoskeletons made of cells that contain chitin, a kind of polysaccharide that makes their shells hard and resistant. […]

Through chemical processing and adding acetic acid aqueous solution, chitin can ultimately be synthesised into a firm gel membrane and used as an electrolyte for a battery. An electrolyte is the liquid, paste, or gel inside a battery that helps ions – charged molecules – travel between one end and the other of a battery, allowing it to store energy.

By combining this chitosan electrolyte with zinc, a naturally occurring metal increasingly used to make batteries that are cheap and safe, Hu’s team was able to create a renewable battery.”

These safer, greener batteries also retain an impressive 99.7% energy efficiency after about 400 hours of use. This means they have enough electrical oomph to actually be competitive with conventional batteries. The combo of zinc and chitosan is still being tested before larger-scale trials can begin, but researchers think this unusual pairing looks promising. I equally a) can’t wait to see these batteries in action, and b) what wacky use for shells science is coming down the pipe next!