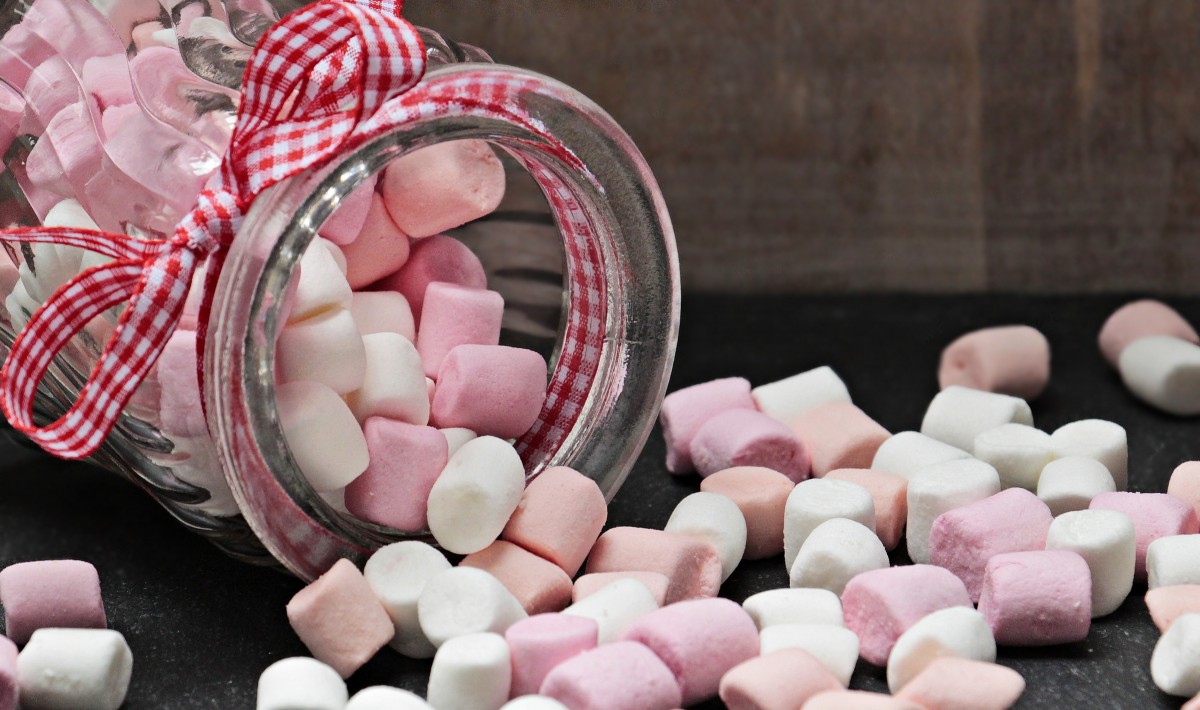 If you’ve ever investigated the culture of business or self improvement, you’ve likely heard tell of the marshmallow test: the study done at Stanford in the 1960s on young kids attending the university’s preschool program. Run by professor of psychology Walter Mischel, the test involved placing a marshmallow in front of a preschooler and telling them that, if they could successfully hold off eating that marshmallow for AN ETERNITY (fifteen minutes), they’d get a second marshmallow as a reward — then leaving them alone to rely on their own willpower. Mischel and team then tracked the kids into later life, and found that the ability to delay gratification led to greater incidences of “good” personality traits, like confidence — as well as, critically, higher SAT scores.

A new study out of NYU is now calling this classic test into question. This new team has tried the test again with an expanded subject pool, both in terms of numbers (900 versus the original 90), and of factors like race/ethnicity, parents’ education level, and household income. With a more representative sample, they have discovered that self-control is less an individual choice and more a result of social and economic background — and that in turn is the stronger predictor of later success.

“[A]mong kids whose mothers did not have college degrees, those who waited did no better than those who gave in to temptation, once other factors like household income and the child’s home environment at age 3 […] were taken into account. For those kids, self-control alone couldn’t overcome economic and social disadvantages.

The failed replication of the marshmallow test does more than just debunk the earlier notion; it suggests other possible explanations for why poorer kids would be less motivated to wait for that second marshmallow. For them, daily life holds fewer guarantees: There might be food in the pantry today, but there might not be tomorrow, so there is a risk that comes with waiting. And even if their parents promise to buy more of a certain food, sometimes that promise gets broken out of financial necessity.”

In short, context is key! In science and, most importantly, in life. Sometimes, personal responsibility includes taking ownership of your context in addition to your actions, and recognizing when the latter might not help you out with the former. Now, as an adult, I’m off to snack on as many marshmallows as my heart desires!

Not That Kind of Green Coffee 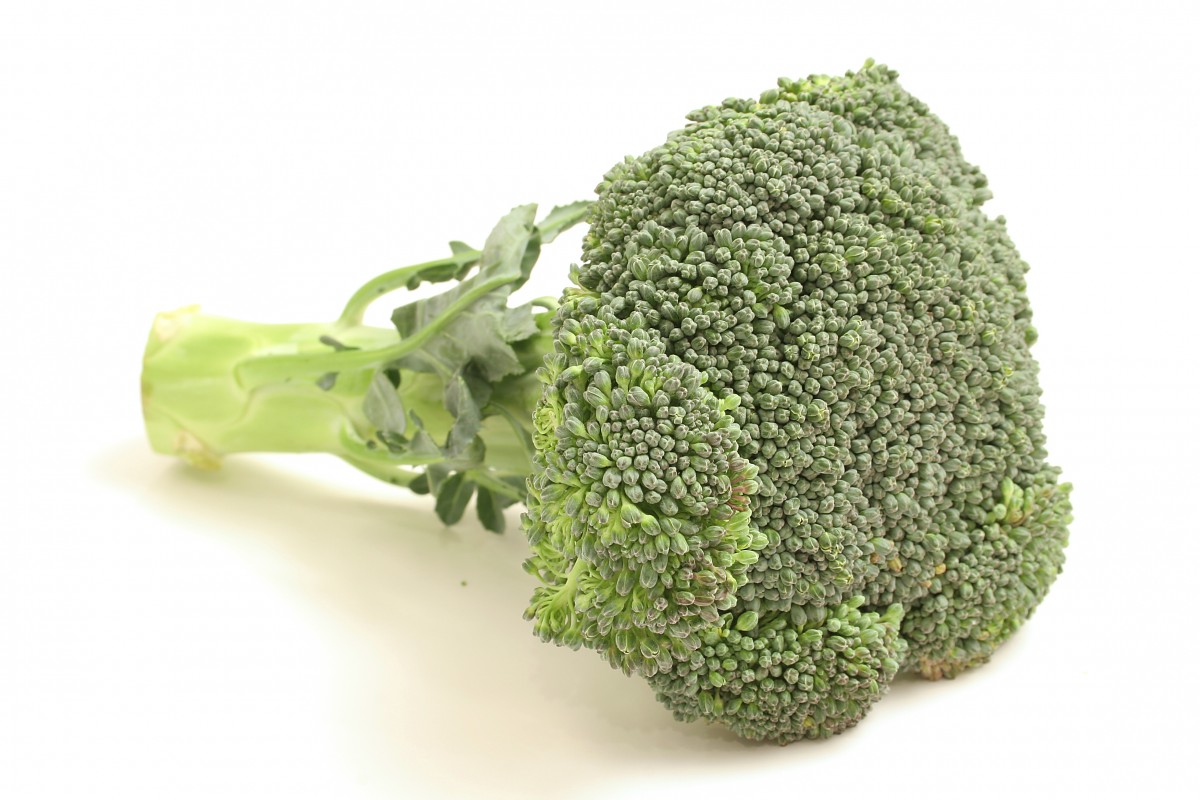 I’m no Brassica-phobe: I love broccoli. Steamed, roasted, in a crunchy salad or creamy soup: its flexibility and high vitamin C content make it one of my favourite green veggies.

But I draw the line at a new way of consuming broccoli developed in Australia, land of the weird  — where it is dehydrated, pulverized, and sprinkled in espresso-based drinks.

Hort Innovation developed the powder to combat two unfortunate vegetable trends: the fact that the average Australian is not consuming their recommended 5 – 7 daily servings of vegetables, and that a staggering amount of produce is turfed before reaching stores because it is too “ugly” to sell. But Australians love their coffee — which has led to this unholy piggybacking of veggie upon java.

“The production process involves pre-treatment before drying and powdering the vegetable, to retain as much of the original colour, flavour and nutrients as possible.

The result may even be healthier than stir-fried florets — according to recent research, the best way to maximize the health benefits of broccoli is to chop it up as finely as possible to produce myrosinase activity (although the CSIRO hasn’t mentioned if myrosinase survives the drying process, so the jury is still out).

To make broccoli coffee, the powder is added to the cup after the espresso shot has been pulled. Steamed milk is added, and more broccoli powder is sprinkled on top.”

Apparently the broccoli powder does not seamlessly incorporate into the beverage: the taste is still a bit… cruciferous. But the creators are now investigating ways of bringing the powder to the home market — I imagine you’d have an easier time getting it down in a green smoothie or on top of a salad. (Though, if you’re already consuming smoothies and salads, Australia is probably not worried about you getting your seven daily servings…) I think we can agree that the concept — increasing veggie consumption while reducing food waste — is great. It’s just a matter of finding a more palatable execution!

The Golden Record and Alien Thought

And here I thought the biggest problem with NASA’s Voyager probes, launched for deep space exploration in 1977, was that they came with a handy map of how to get to Earth for whomever in the universe might be tempted to pop by and eat us. But a pair of scientists have taken a closer look at Voyager 1 and 2’s “Golden Records” — two duplicate plaques containing 115 images of life on our planet, natural and human-made sounds, as well as greetings in 55 languages. And what they hypothesize here is a failure to communicate.

Movies like Arrival epitomize recent trends in thinking about possible alien contact. There is no reason to expect humanoids with forehead ridges to show up; so who says that a civilization who might come across a Golden Record would have any reference point for what we’re trying to tell them?

Rebecca Orchard and Sheri Wells-Jensen of Ohio’s Bowling Green State University say that if aliens’ senses don’t include sight or hearing — let alone if they have a completely different way of organizing outside inputs — they will miss out on a good chunk of the shiny goodwill message from our humble planet.

“Orchard and Wells-Jensen went through the material on the record and considered what an alien civilization with a different suite of senses might make of it. The barrage of greetings ‘pile up in a way that could be construed as arguing’, said Orchard, in a language that has ‘no grammatical congruity’. That is, if they can hear.

The 12-inch gold-plated copper disc has audio on one side and images on the other, and this could lead to further misunderstandings, the researchers believe. If an alien civilization tried to match sounds to their objects, life on Earth can look very strange. ‘What if you pair the image of an open daffodil with the roar of a chainsaw?’ said Orchard.”

The Golden Record does take on darker shades when we think of accidentally confusing entities we might never begin to understand.

Perhaps our only hope is for one of the Voyagers to evolve itself into a more powerful, bionic being that can amplify and translate our peaceful message! Until then, you can find me preparing to greet our alien visitors by marinating myself in barbecue sauce.

A New Hub for Gadgets Boosts Accessibility in Gaming

We at DFC love elegant solutions — especially when they open up new experiences to folks underserved by the status quo. This is why we join most of the gaming community in a giant “w00t!”  in response to the just-announced Xbox Adaptive Controller (XAC).

Created to address the accessibility challenges of the standard controller that ships with Microsoft’s popular Xbox family of consoles, the XAC is a streamlined flat white oblong that boasts but a few key inputs. Besides the two menu buttons and the d-pad, two hand-sized black buttons — the “A” and “B” keys — take up most of the real estate on the face of the device. These buttons can be reprogrammed with the Xbox Controller app, but their ease and variety of ways with which a gamer with different mobility requirements can hit them (wrist! elbow! foot!) doesn’t change.

But the really cool functionality of this device is unveiled when turned on its side. Arrayed there are nineteen 3.5mm jacks, all ready for a prospective user to plug in as many pieces of equipment they need to make up their unique gaming setup. The XAC becomes a hub for joysticks of all kinds, foot pedals, cheek- or head-operated buttons, sip/puff switches, and more! From Ars Technica’s incredibly comprehensive report on the XAC’s debut:

I watched MikeTheQuad, a member of the Warfighter Engaged community of disabled veteran gamers, test the XAC out. As a tetraplegic, Mike has some range of arm and hand motion, but his individual fingers are not up to the burden of holding a controller and pressing all its buttons. […]

Mike used a standard Xbox gamepad alongside the XAC, plus a few large buttons plugged into the unit to rest near his wrists for easier access. That positioning flexibility is no small perk. XAC’s combo of wireless protocols, 20-hour battery, and mounting brackets means someone like Mike can pretty much put the hub wherever is most convenient.

Mike also quite frequently flicked his wrist at the XAC’s two big ‘dumb’ buttons to access controls like crouching or weapon swaps. As I watched Mike flick at the XAC with the same speed I might move my thumb from the ‘A’ button to the ‘Y’ button, I thought for the first time in my life about what a privilege it is to quickly tap around all of a gamepad’s buttons.”

While the XAC team does consider themselves a bit late to the overall accessible gaming scene, they are happy that their new device brings unprecedented flexibility to the table for an equally accessible price ($99.99 USD; other controllers on the market can go for $300 change). And, they profess to the belief that anyone else — Nintendo, Sony — should be able to look to the XAC for inspiration for their own platforms. The object is to get as many gamers as possible having as much fun as possible, without barriers. And who doesn’t love fun? — At least as much as elegant solutions!