Out in the boonies, we at the DFC offices rarely encounter unwanted noise. With rare exception, we work to a near-uniform soundtrack of crickets, the soft lowing of cows (link: photo of the neighbours?), and the wind in the leaves of the many maple trees.

But it’s hard to deny that the world is getting louder. We’re all used to cars, airplanes, and the occasional restaurant by now. But we’re getting deeper into an era of new technologies, with sound- and hearing-related fallout that is largely uninvestigated.

The Atlantic has one such tale, in which an Arizona homeowner named Karthic Thallikar had his sanity nearly destroyed by an annoying low-decibel mystery hum that took over his neighbourhood, and penetrated even his bedroom walls.

The culprit? A data centre owned by CyrusOne — that is, a massive building that houses hundreds of corporate servers, which each power up every time a client checks their bank balance online, for example, or looks up vacation destinations. This generates heat, which compounds with the heat from all the other servers, and requires massive cooling units (called “chillers”) mounted on the side of the building. The sound of the chillers drilled into Thallikar’s ears, and they drove him to nearly sell his house.

“Servers, like humans, are happiest at temperatures between 60 and 90 degrees Fahrenheit, and the chillers were crucial in keeping the heat-generating machines comfortably cool as they worked. In the fall of 2014, around the time Thallikar started noticing the whine, CyrusOne had had room for 16 chillers. Now it was getting ready to add eight more. […]

The city [had] essentially offered CyrusOne carte blanche to develop an area three times the size of Ellis Island into one of the nation’s largest data-storage complexes: 2 million square feet protected by biometric locks, steel-lined walls, bullet-resistant glass, and dual-action interlocking dry-pipe sprinkler systems. CyrusOne even has two of its own substations humming with enough energy (112 megawatts) to light up every home in Salt Lake City — or, more relevant to the matter at hand, to power several dozen 400- and 500-ton chillers.”

After a long fight, Thallikar and his neighbours were ultimately successful in getting CyrusOne to baffle the sound of their chillers with specialized nylon blankets. But Thallikar soon discovered a new whine in the neighbourhood — a different financial data centre, with its own phalanx of chillers. Welcome to the 21st century noise polluter, whose racket is directly tied to the tech in our lives! I say we need regulations against this new breed of invasive noise: We humans who live near these facilities can’t keep engaging in case-by-case struggles forever. 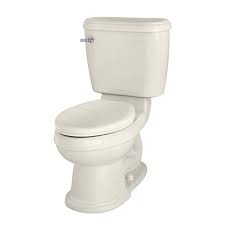 The DFC ranch runs on well water and a septic system, so we put a little more thought into turning on the tap than your average city dweller might. Also, water conservation is a key issue in our neck of the woods — so I was fascinated by a new invention that looks to cut bathroom water usage by half in one of the trickiest places: the toilet bowl.

A team out of Penn State has invented a spray coating, based on the science of the pitcher plant. When the rough interior of the carnivorous plant’s flower is saturated by rain, the surface becomes devastatingly slippery, spelling doom for insects that attempt to feed on its tempting nectar. What happens in a toilet bowl boasting this combo coating is, while similar, a bit… less glamorous.

“Like the plant, the design uses two separate coatings, which create a combination of roughness and lubrication. When the coating is sprayed on a surface, like a ceramic toilet bowl, it covers the surface in nano-scale polymer “hairs” — 100,000 times thinner than human hair — that permanently attach to the surface. A second spray coats the microscopic hairs with lubrication. In lab tests with synthetic poop, the researchers watched as the waste slid effortlessly off the surface of a toilet bowl, even though poop normally sticks to toilets, requiring large amounts of water to flush it away. The coating also repels bacteria.”

A startup will be bringing the now-combined-in-one sprays to market soon. This is great in so many ways: When a toilet doesn’t have to work as hard to flush sticky waste, users can get away with using the “low” setting on dual flush toilets for basically everything! (If you still have a single flusher, you can hack its capacity to reduce the volume of each flush.) Even more importantly, the coating could be a game-changer for waste disposal solutions in areas without much water or infrastructure. (It was initially developed for the Gates Foundation’s Reinvent the Toilet Challenge.)

Since the flush toilet, as we know it, was invented by Thomas Crapper (I’m not kidding) in the late 19th century, nothing much has changed in the fundamental operation. But this new coating reduces — or eliminates, pun intended — the need for water, which is an innovation especially suited to our age of conservation. I’m interested to see where it goes!

Wolf or Dog?: A Puppy’s History Frozen in Time

At DFC, we are, always and forever Team Dog. So much so, that I almost let my enthusiasm run away with me when I first saw news of this fascinating discovery: Swedish researchers are studying the body of a two-month-old puppy, found in the Siberian permafrost and estimated to have died 18,000 years ago. The puppy is so well preserved that it still has its wee perfect baby teeth, a sweet little nose, and soft, fuzzy fur over most of its body.

But there’s so much more to the puppy’s preservation than making me coo “Sweet boy!” at my tablet screen for far too long. This puppy is genetically neither a full dog that we would recognize nor a wolf — and may ultimately represent an intermediary stage in the history of domestication that we can finally study up close!

“‘We have a lot of data from it already, and with that amount of data, you’d expect to tell if it was one or the other,’ David Stanton, a researcher at the Centre for Palaeogenetics, told CNN. ‘The fact that we can’t might suggest that it’s from a population that was ancestral to both — to dogs and wolves.’ […]

The origin of dogs is still not completely clear, hence the importance of the new discovery. The first domesticated dogs emerged in Asia around 14,000 to 16,000 years ago, but genetic evidence suggests the divergence date between dogs and ancient wolves happened at some point between 20,000 to 40,000 years ago.”

As a dog owner and fan, my heart goes out to the little pup, that met a sad (but evolutionarily necessary) end so long ago and has been encased in ice ever since. But now that it has time-travelled to our era, I’m so excited about its potential gifts to science! I hope we can learn more about this pupper’s canine descendants, and why and how they chose us, through its story.