At DFC, we love elegant design: in systems, hardware, and software. Usually, beautiful design draws attention to itself naturally — and there’s nothing more sublime than being called to admire something worthy of admiration!

But there’s lots of subtle solutions, so simply perfect that they seem to have occurred naturally, that fade into the background of everyday life unfairly. I was reminded of this by a new video (itself beautifully animated!) from the knowledge junkies at Great Big Story. The video tells the tale of Dr. Dave Bradley of IBM, who invented the “three finger salute” of Control Alt Delete way back in 1980.

“Ctrl-Alt-Del” didn’t spring fully formed from the ether: Dr. Dave developed it as a three-key-combo designed to reset a program without power cycling. Also known as turning-it-off-and-on-again, power cycling took forever in computing time (“a minute or two”). But, until Dr. Dave, there was no way to restart a hanging program without dragging the whole system along with it.

Dr. Dave’s innovation put an efficient, seconds-long restart in the hands of his fellow developers, and eventually the average PC user. But what I love most about its design is how difficult he made one particular aspect. In “The History of Ctrl+Alt+Del”, Dr Dave narrates:

One of the things we discussed was putting a reset button on it, but if you put it on the system board there was a chance that you could hit it by mistake and all your data gets lost. So what we did was came up with a three key sequence to reset the computer, and you couldn’t hit by mistake: a single Control key, a single Alt key, and then all the way over at the right hand side a single Delete key.”

Dr. Dave was already revolutionary in giving this power to users. But his designer’s attention to context ensured that every restart initiated by a user would be a conscious one, without sacrificing ease of use. Because of this, I think Ctrl-Alt-Del is right up there with Liquid Paper and Newton’s Cradle as a work-easing solution for the ages. In his honour, I offer a three-finger-salute!

With winter around the corner, I’m looking for ways to keep both myself and my furry companions Jill and Samson active. When the snow flies, there are lots of options for fun in the area — but one I hadn’t considered until I read this National Geographic article was dogsledding!

Turns out, some of today’s most effective sled dogs are not the pure-bred malamutes or Siberian Huskies of yore, but a catch-all category called the Alaskan Husky. Alaskan Huskies are a mix of particular breeds (including Northern-type dogs, pointers, and even greyhounds) selected for speed and pulling strength.

But genetics isn’t everything, writes Jane J. Lee: dogs have to have a healthy, almost indiscriminate appetite, to carry them through gruelling, multiple-hundred-kilometre-long races. They also need tough paws — while booties can be worn, they reduce the dogs’ speed overall.

Check and check, for both Samson and Jill… But my favourite aspect of an excellent sled team is one that is easily mapped onto human work relationships too: teamwork!

“Lead dogs—the ones out in front—help maintain order. They execute a musher’s commands, set the team’s pace, and ensure everyone’s going in the right direction. […]
Backing up lead dogs like Sultana are the swing dogs—positioned right behind the leaders. They help to turn the team left or right. Wheel dogs may be last in line, but they help to steer the sled. The good ones know to go wide on turns to guide thesled around trees and other obstacles […]
The dogs in between the swing and wheel positions are called team dogs; they provide the muscle. Their job is to keep pulling until it’s time to stop.”

I wonder if I can convince Jill and Samson to team up and mush me to the grocery store or music practice this winter…? If I can’t get them off the couch, at least I now have concrete knowledge behind a new metaphor for the magic — and necessity — of teamwork

We at DFC are fascinated by possibilities in communication. We love stories about how humans make themselves understood, so we can learn more about how our services can respond. But we also enjoy hearing about animal communication styles — mostly because animals are awesome!
There is extra fascinating — and extra unfortunate — news about human/animal communication from a new study pub

lished in Biology   Letters. A team from the University of Maryland Center for Environmental Science has discovered that wild bottlenose dolphins have been simplifying their language when calling to each other… In order to be heard over the noise of human activity in the oceans.

Bottlenose dolphins are notoriously chatty and use their clicks and whistles to maintain group cohesion and announce individual status. There is even evidence that they have names and will call out to each other using them. So, in all kinds of ways, vocalizations are critical to dolphin wellbeing.

The team analyzed 200 underwater recordings of dolphin calls, collected over three months in the North Atlantic. They found that in busy areas, with lots of loud shipping or mining activity, the dolphins simplified and raised the pitch of their communications.

“‘It’s kind of like trying to answer a question in a noisy bar and after repeated attempts to be heard, you just give the shortest answer possible,’ [paper co-author Helen] Bailey said. ‘Dolphins simplified their calls to counter the masking effects of vessel noise.’ […]

‘These whistles are really important,’ Bailey said. ‘Nobody wants to live in a noisy neighborhood. If you have these chronic noise levels, what does this mean to the population?’”

We know an awful lot about physical pollution and its effect on the marine environment. But we’re only just starting to learn about noise pollution. If it has such a far-reaching effect on the savvy dolphins, imagine what else could happen to the widely diverse creatures down there. If we’re not careful, humanity’s legacy will be as the annoyingly loud background noise of the sea.

Learning from the Flu -nniversary 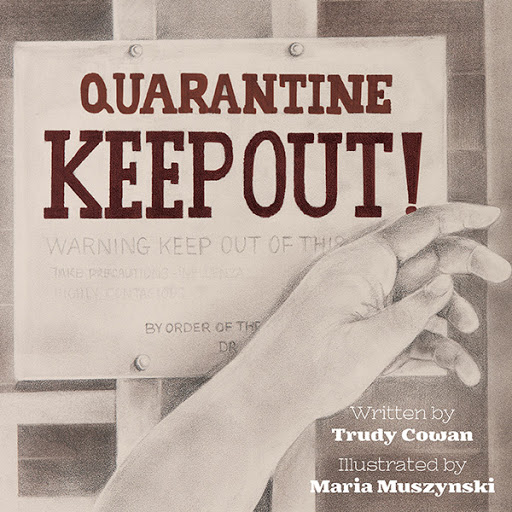 I love anniversaries, especially if they are of happy events. But remembering tragedies on the date they roll back around is just as important, and probably more informative.

Among the big ones this year is the 100th anniversary of the most devastating influenza pandemic our planet has ever experienced. 20 to 100 million people died of the 1918-19 “Spanish” flu worldwide — up to 5% of the population at the time. The scariest aspect of the Spanish flu was that it picked off the young and healthy, rather than the older or immune-compromised we usually consider prime targets. Some researchers theorize that the flu’s devastation even affected the endgame of World War I.

Science Daily has the breakdown of scientists’ attempts to learn the lessons of the Spanish flu, and apply them to the next pandemic that will come our way. A lot has changed, both in our environment and in our physical selves :

“The authors identify public health as another important factor. In 1918, people suffering from malnutrition and underlying diseases, such as tuberculosis, were more likely to die from the infection. This is still relevant today: climate change could result in crop losses and malnutrition, while increasing antibiotic resistance could see bacterial infections becoming more prevalent. Future pandemics will also face the challenge of obesity, which increases the risk of dying from influenza.”

There is a straightforward way of taking responsibility for our own immune systems though: by getting vaccinated for flu. (Of course, if you are medically cleared for it; i.e. you’ve never had Guillain-Barré, or you’re not allergic to any of the vaccine’s components.) While lots of people have strong opinions about not getting a flu shot, there is strong evidence that it will reduce your chances of catching the flu (or its severity if you do). That’s not only better for your health, but for that of the more vulnerable children and elderly folks around you.

We’re social creatures — we make art, fight wars, and get sick alongside each other. While that makes it easier for a virus to run through us, it’s also our strength in combating it. Good luck this centenary flu season, and here’s hoping we’ll be ready for the next big one!