The Surgery/Weight Loss Link: A Detour through the Microbiome

The Surgery/Weight Loss Link: A Detour through the Microbiome

After a few years of awareness, researchers are now really digging into the mysteries of the bacterial powerhouse inside the human gut — the glorious microbiome. From chronic fatigue to jet lag effects, we are discovering that upsetting the unique microbial balance within each of us can have far-reaching effects.

But some of them may be positive: A team out of Arizona State University has uncovered  that patients who undergo one of the most aggressive forms of bariatric surgery end up with one of the most diverse gut microbiome profiles — and that the colony of happy bacteria doing their thing may be the principal cause of the subsequent weight loss, rather than the reduction in stomach size.

“Gastric bypass works like this: A surgeon takes the upper portion of the stomach and cordons it off with stitches, creating a small pouch. Then the doctor attaches a Y-shaped section of the small intestine to the pouch, which routes any food you might swallow directly to the second segment of the small intestine, bypassing the portions of your digestive tract that do most of the nutrient- and calorie-absorbing. It’s a pretty dramatic organ-reorganization. One that makes for a less acidic environment with more oxygen, allowing microbes formerly unable to survive in the gut to flourish.”

Megan Molteni of Wired relates that one of the new microbes that find themselves in the gut after this surgery is Lactobacillus a probiotic that assists digestion and is normally found only in the mouth! With the amazing results of this small study the researchers are now looking at microbial profile as the magic bullet for obesity control, and ways to affect the gut environment that don’t involve surgery.

As a woman in business, I am often aware of the way I speak, and how it comes across to clients and co-workers. Many damaging labels end up stuck to women who try to get their point across in power situations, and I like to do my bit in recognizing when that’s happening.

So I’m cheered to see that one linguistic quirk, uptalk, is being quickly reclaimed! (Uptalk is the“Valley Girl” tendency to end a declarative sentence with an upward inflection, making it sound like a question.) We have all heard about how women need to stop speaking in this manner if they want to be taken seriously, how it makes us sound undecided, or unsure, etc. etc. Of course, most of this criticism comes from people who are used to being in power and defining access to it — and now we’re looking at how uptalk has actually been a subversive demonstration of power all along.

Uptalk may share a technique that also occurs in American Sign Language — where a person signing a conversation raises their eyebrows, to signal to their partner the existence of a yes/no question, when there isn’t one in the content.

“According to studies:
(study 1: ;  study 2) […], uptalk serves the same purpose: By turning a declaration into a question, it invites the listener to listen actively, to nod or confirm, much like adding ‘you know?’ or ‘right?’ to a sentence. It also serves a more basic function of ‘floor-holding,’ preventing interruption by indicating there’s more to come; it turns a period into a semicolon.

[Journalist S.I.] Rosenbaum draws the connection beyond linguistics into sociology: Like ASL speakers, young women are often ignored or talked over. So it makes sense that they’d develop a similar defense.”

Nick Douglas of Lifehacker continues that “everyone” is now adopting uptalk, because of the strain that personal devices and up-to-the-second connectivity put on our attention spans. This is interesting, but I’m not ready to set aside the gendered nature of this particular bias quite yet. I think it’s high time for everyone to start listening to uptalkers, and not get hung up on how they’re saying it. And then, we can tackle the stigma of vocal fry next! 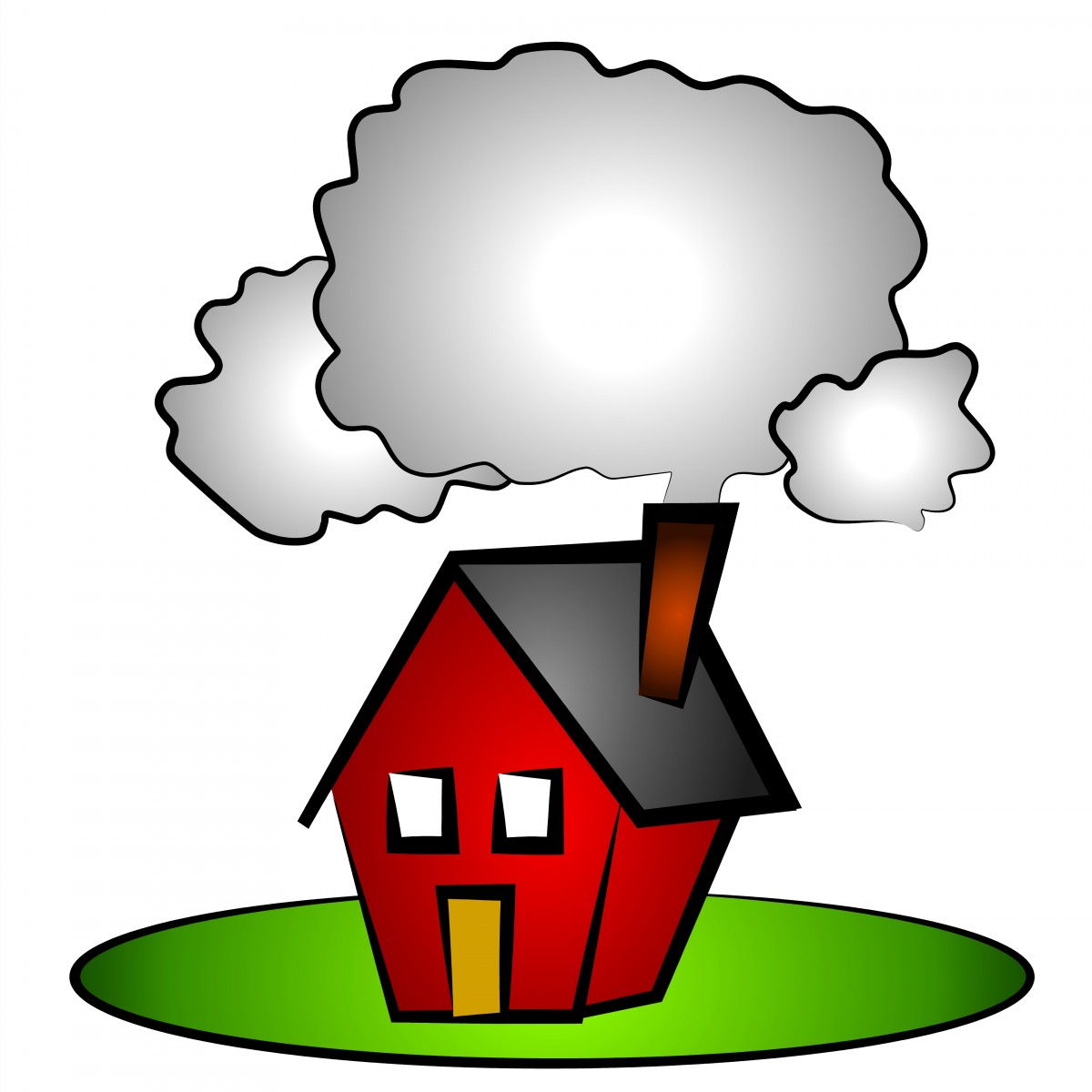 Alphabet Inc., parent company of Google, has answered a call for proposals from the City of Toronto for a high-tech partnership that will reshape a chunk of the city’s waterfront. Alphabet’s “moonshot” initiatives arm, Sidewalk Labs, has been looking for a city in which to embed a new kind of urban district that it wants to build “from the Internet up.” Now, after having considered and cast aside sites in Denver and Detroit, the faintly ominous-sounding project is in private talks to touch down in The Six.

Due to the aforementioned private nature of the development right now, details are sparse; but many sources have been extrapolating possible outcomes from Sidewalk’s previous, smaller, urban interventions like the (possibly privacy-invading) public Wi Fi and browsing stations LinkNYC, As well as the philosophies espoused by Sidewalk Labs CEO Dan Doctoroff. From Doctoroff’s talk at the Smart Cities NYC conference in early May:

“‘The future of cities lies in the way these urban experiences fit together and improve quality of life for everyone living, working and growing up in cities across the world,’ Doctoroff said. ‘Yet there is not a single city today that can stand as a model — or even close — for our urban future.’

“We’ve found that applying urban innovations at scale could reduce cost of living by 14 percent compared to surrounding metro areas for an average family in America,”

In addition to managing cost of living, the concept aims to overhaul five more “urban experiences” to through integration of technology: housing and real estate, transportation (including public), environmental sustainability, a “new public realm” (parks, sidewalk and street experiences), and data-driven city services (e.g. remote monitoring of congestion and pollution).

Ultimately, Doctoroff sees the eventual district’s growth as modeled on that of a tech company. I think it’s far too early in the game to know if that model is sustainable for tech companies themselves, let alone an entire city district. I’m reminded of the kind of top-down city restructuring of the Robert Moses era, where heavily urban areas full of life were razed in favour of freeways and housing projects. While there is no real life in the industrial “Quayside” area up for development, plunking a hive-minded, Google-associated, at-home-anywhere-we-just-need-a-city-who-will-have-us concept of a tech district into the real world might need a smidge more consideration, in my opinion. Hopefully, that’s what they’re doing in these private talks right now… Because the concept could be pretty cool – if we can sustain it.

The (Human) Nose… Knows?? We May Smell Better Than We Think

I’m always impressed by the olfactory feats my canine companions Jill and Samson can accomplish. From searching a field for a groundhog to chase, to lasering in on the treat bag as I pull it from the kitchen shelf, I’m envious sometimes of the whole other world of scents they seem to inhabit!

Well, science may be showing that envy is not required: humans may actually have senses of smell comparable to that of dogs, and other big smellers like rodents. While we bipeds may have been socialized to not pay keen attention to scent input, we actually have competitive numbers of odour receptor genes, as well as a large olfactory bulb compared to the size of the rest of our brains. John McGann, a neuroscientist out of Rutgers and author of a recent paper in Science attempting to dispel the myth of humans as poor smellers, believes these physical realities translate into a better smelling skill set for us. McGann goes back to other studies and attempts to set the record straight. From the Guardian:

“Humans have approximately 1,000 odour receptor genes, for instance, compared to 1,100 in mice, which some had taken as confirmation of mouse superiority. However, other work suggests there is not a tight relationship between the number of olfactory genes and smelling ability. One study found that cows have 2,000 such genes – far more than dogs.

Even the constant sniffing of some animals may also be misleading, McGann said. When a rat is exposed to a new smell, for instance, it performs ‘fast investigative sniffing’ but rats have the same reaction to hearing an unfamiliar new sound or seeing something unexpected. ‘Sniffing, to some extent, means “I’m curious”,’ he said.” [Or, as we saw last week, “I’m anxious.”]

McGann does concede a few points to the dogs though – that the reason they can detect the smell of explosives and we can’t could be due to the higher concentration of olfactory receptors in their noses. And critics of McGann’s work say that dogs have always been better at the kind of scent work (like tracking, sussing out drugs, or detecting kinds of cancers) that humans could not aspire to, even with the attention of a sommelier. But I think we could definitely fall somewhere in that huge middle ground between bloodhound and Pet Rock! If the nose knows, it’s only a matter of letting it do its thing, and the science will follow.

Keep Calm and Use Your Neurons: Deep Breathing and the Human Brain

Humans, in a variety of situations and religious practices, have long engaged in deep breathing to calm and centre — for so long, that it can’t be just a philosophical response! Researchers have been attempting for decades to nail down why deep breathing affects us the way it does. A new study led by Stanford University shows that the answer may be buried deep in the structure of our brains.

The team, who published their work recently in Science, built on the aforementioned decades of work with mouse neurons. Nearly 30 years back, UCLA researchers identified a knot of interlinked neurons in the brains of animals, including mice and humans, which appeared to handle most of our breathing. They called this knot of neurons the “breathing pacemaker.”

Now that genetic science has become more sophisticated, the Stanford-led team is able to tease a few mysteries out of this knot, by selectively disabling the genes behind particular types of cells in this pacemaker. In one experiment, they disabled one breathing related neuron in mice, and then placed the mice in unfamiliar cages. In regular mice, this would cause them to sniff around, trying to get a handle on their new surroundings in anxiety. Instead, the mice sat and calmly groomed themselves, as though everything were completely familiar and normal. This pointed to an intriguing connection between rate of breathing and autonomic anxiety response.

“It turned out that the particular neurons in question showed direct biological links to a portion of the brain that is known to be involved in arousal. This area sends signals to multiple other parts of the brain that, together, direct us to wake up, be alert and, sometimes, become anxious or frantic. […]

The disabled neurons would [normally] alert the brain that something potentially worrisome was going on with the mouse since it was sniffing, and the brain should start ramping up the machinery of worry and panic. So a few tentative sniffs could result in a state of anxiety that, in a rapid feedback loop, would make the animal sniff more and become increasingly anxious.

Or, without that mechanism, it would remain tranquil, a mouse of Zen.”

Though this research is preliminary, the team is cheered by the fact that our breathing pacemakers resemble those of mice, even though the rest of our brains do not. This early work could lead to greater knowledge of the calming effects of breathing, and may assist in relaxing future folks who maybe need a little top-down assistance. (Like me, I hope — meditation shmeditiation…) Until then, keep calm and breathe deeply — research is simply proving what our bodies have known forever!