When Alexa is Too Helpful: Children, A.I., and Empathy

When Alexa is Too Helpful: Children, A.I., and Empathy

I’m a proud grandmother, and one of the coolest aspects of my role is the ringside seat I get, where I watch three little brains learn and grow and establish personalities! But, as a modern grandmother, I’m a little worried about the staggering developments in tech those little brains are going to have to deal with — that neither I nor even my kids had to.

One such development is the spread of personal digital assistants, like Amazon’s Alexa. As creepy and invasive as someone like me, born before her debut, might regard her, I at least know how to relate to her — as a search engine with a human voice.

Not so with children, says MIT psychologist Shelley Turkle, who was interviewed recently by NBC’s Mach blog. Turkle says that when devices like Alexa (or Jibo, or Cozmo) present a simulacrum of emotions or personalities, they can affect children’s understanding of real human relationships.

“If children learn to respond to ‘as if’ empathy, we are not preparing them for the complexity, nuance, negotiations of true empathy, true listening. There are skills of listening, of putting oneself in the place of the other, that are required when two human beings try to deeply understand each other.

Not only can’t you practice relational skills by talking to machines, but you make negative progress. For example, a machine always has a response ready. You never have to wait, to attend to silences or to what one young woman I interviewed called the ‘boring bits’ in conversation. We can forget the kind of listening and the kind of talking about our feelings that real conversation requires.”

This effect can be far-reaching, even into adolescent development: Turkle cites a case involving Apple’s digital assistant Siri from her book Reclaiming Conversation: The Power of Talk in a Digital Age.

“[A] mother, 40, has a 10-year-old, Tara, who tends to be a perfectionist, always the ‘good girl.’ Tara expresses anger to Siri that she doesn’t show to her parents or friends.

Stephanie wonders if this is ‘perhaps a good thing, certainly a more honest conversation’ than Tara is having with the adults in her life. But what Tara is having with Siri is not a conversation at all. No one is listening. My worst fear: If Tara can ‘be herself’ only with a robot, she may grow up believing that only an object can tolerate her truth.”

Turkle’s kind of research is very important — we’re only just beginning to learn how the infiltration of technology is affecting all our brains. But the brains of kids are especially vulnerable. It’s up to us savvy old-timers, who remember life before personal computers period, to help the young‘uns through this terribly interesting time in our history.

Invasion of the Popcorn Robots! 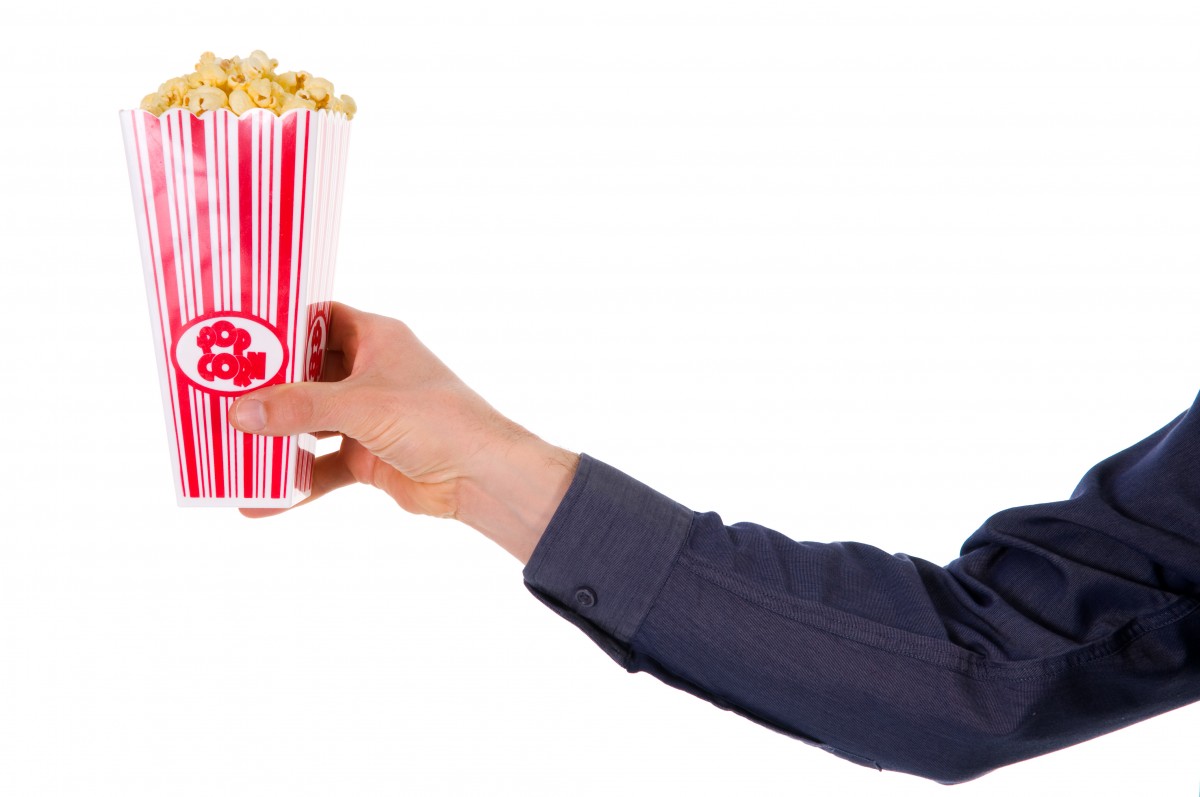 Now, we at DFC have a long history of adoring tiny, highly specified robots. But this new one takes the cake!

A team of Cornell University researchers has done a series of experiments on the feasibility of popcorn-driven robots. Yes: robots made of delicious, delicious popcorn. By enclosing unpopped kernels in various configurations, and popping them using heated Nichrome wires, microwaves, and hot air, the team harnessed the resulting kinetic energy in three proofs of concept for soft, compliant, and rigid robots.

Have a look at the devices in action here! Warning: it will make you hungry.

The Cornell Chronicle goes into greater detail about the truly innovative aspects of the study:

“The study is the first to consider powering robots with popcorn, which is inexpensive, readily available, biodegradable and of course, edible. Since kernels can expand rapidly, exerting force and motion when heated, they could potentially power miniature jumping robots. Edible devices could be ingested for medical procedures. The mix of hard, unpopped granules and lighter popped corn could replace fluids in soft robots without the need for air pumps or compressors.”

Popcorn power can only be used once, as kernels can’t “un-pop,” but they can be dissolved out of the permanent structures and replaced with fresh kernels. It seems all the assets that make popcorn an excellent snack — lightness, solubility, high expansion volume — are poised to make it an equally excellent robot component. And I am poised to fix a bowl myself, and harness its kinetic energy by putting it in my mouth! 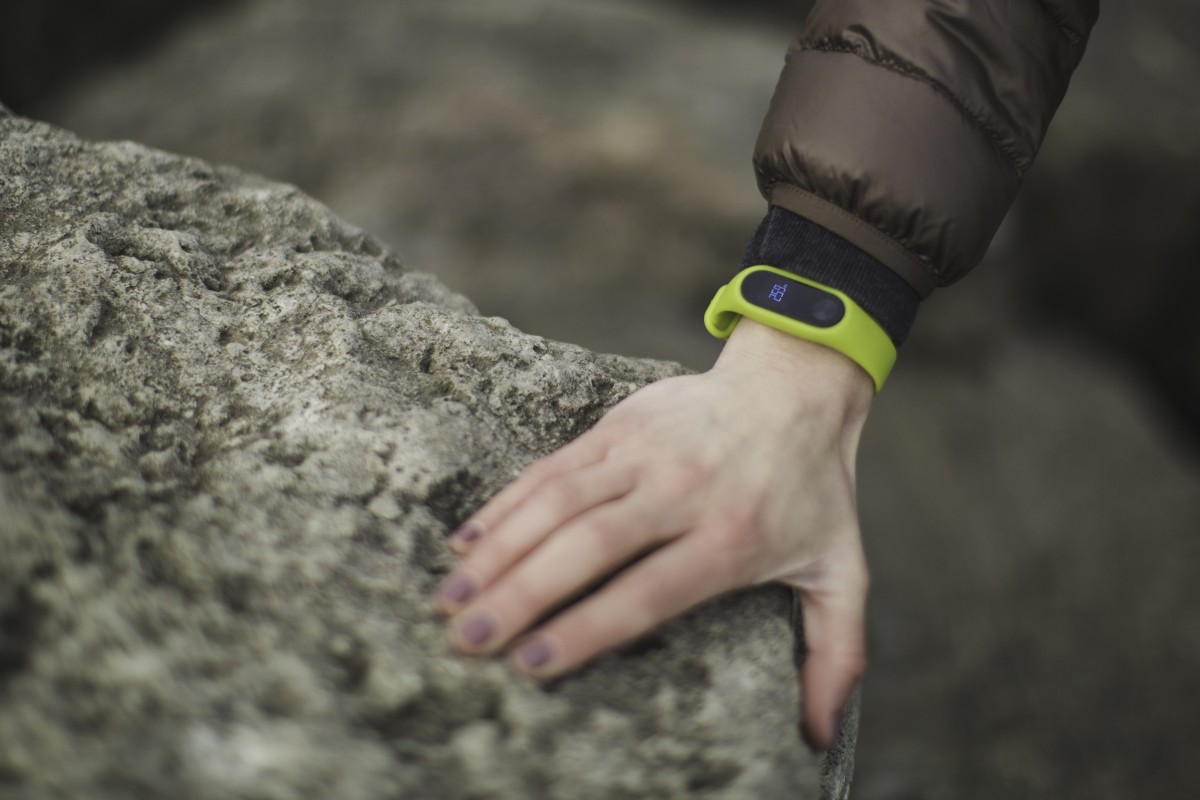 As a military mother, I’m always tuned to news that might affect my two older sons. Recently, they’ve have found themselves working on the same base, and have started using that good old sibling rivalry to egg each other on during lunch hour workouts. They use all kinds of apps to keep track of their progress — so I’m going to have to warn them of the new development in the “Strava saga,” that spooked the American military back in the winter.

Strava is an app that can be loaded on a smartphone or a device like a Fitbit, that automatically tracks running and cycling routes, and also accepts user-input data. In November of last year, the company released a heat map of every single activity uploaded to the app over two years of operation. This was a pretty cool move: you could look up the most popular exercise routes all over the world for inspiration, for one.

However, canny users soon spotted “hot” routes in unexpected places like Afghanistan, Syria, and Djibouti. Military analysts quickly realized that Strava data had been uploaded to the map automatically by servicepersons’ fitness trackers. As they jogged their bright orange routes gave away sensitive information about the location of bases, their configuration, and how many people worked there.

This week, the Pentagon has issued its response: active duty personnel are ordered to restrict their use of route-tracking exercise apps, at the discretion of their commanders. Exercise is critical to the armed forces; it’s important to note they aren’t banning the devices, just cracking down on anything that has geolocation capabilities.

“‘It goes back to making sure we’re not giving the enemy an unfair advantage and we’re not showcasing the exact location of our troops worldwide,’ Pentagon spokesman Col Rob Manning told reporters on Monday.

Areas, where they could be restricted, include military outposts being used against the so-called Islamic State in Syria. […]

‘The goal of this policy is to focus more on the features instead of the devices,’ Pentagon spokeswoman Maj Audricia Harris told the [BBC].

‘Next thing you know there might be contact [lenses] with the same capability, so we want to focus on the feature and not the actual medium.’”

Perhaps the Canadian forces will be next to ditch the telltale tech? If so, my sons are going to have to find some other — old-fashioned!— way to get inside each other’s heads at their work gym.

Ah, high summer in Ontario!: The time for ice cream, swimming, and road trips. But, if you’re among the 1/3 of the population who are highly susceptible to motion sickness, that last one might be a lot less fun than the others.

And, you’d know the various treatments by heart: fresh air, scopolamine, that acupressure point on your wrist. But now, French automaker Citroën has thrown its considerable design might behind a new remedy. The company has partnered with Boarding Glasses to create a luxe version of the latter’s currently pre-ordering product.

“Seetroën” glasses boast four hollow rings in place of lenses: two in front, and two at the temples. The rings are filed halfway with blue fluid. When worn, the fluid aligns with gravity, creating a horizon that registers in the wearer’s peripheral vision. Motion sickness is caused by a conflict in motion reported to the brain by the eyes and the inner ears. Having a horizon in view — either real, as through the windshield of a car, or artificial, as with these glasses on a tiny-windowed plane — allows the inputs to correlate.

They do look… a bit doofy. (See them in action in this video) So, it’s a good thing that

“ […] passengers don’t need to wear the Seetroën glasses for their entire trip. Once they put them on and stare at an unmoving object, like a smartphone or a book, it takes about 10 to 12 minutes for the brain to resolve its feeling of confusion and nausea. For roughly 95 percent of the population, that should be all that’s needed to eliminate motion sickness until the next time they climb into a vehicle.”

Or, if you’re anything like me, the sweet, sweet relief could override your concern that you’re coming off like a Batman villain in seat 21C!

The history of work is full of great duos: Banting and Best, Reiner and Brooks, Fay and Poehler. But, as a music fan, my favourite team would have to be Beatles John Lennon and Paul McCartney!

Like any genius creative pair, John and Paul had evenly matched, but complementary, working styles. Their legal songwriting credit, Lennon/McCartney, was testament to how closely knit their identities were. But, one or the other often contributed more to individual songs. While a many of those are well documented (“Can’t Buy Me Love” is Paul all over; “Ticket to Ride” is totally John), actual authorship of others is disputed — sometimes by Lennon and McCartney themselves.

Enter science and math! Mathematicians (and Beatles fans) Mark Glickman of Harvard and Jason Brown of Dalhousie have developed a method of gleaning statistics from Lennon/McCartney songs of clear authorship and applying them to a particularly murky case. “In My Life”, off 1965’s Rubber Soul, was remembered by both Lennon and McCartney as chiefly their own song, with minimal contribution from the other. Both can’t be right.

So Glickman and Brown “decomposed” all original Beatles songs from 1962-1966 into 149 individual components that occur frequently. Using their math skills they then organized those components into five categories with a focus on how the melodies behave. Melody is a key marker in the Beatles’ case, as McCartney wrote with more variation than Lennon.

“‘Consider the Lennon song, “Help!”’ says Glickman. ‘It basically goes, “When I was younger, so much younger than today,” where the pitch doesn’t change very much. It stays at the same note repeatedly, and only changes in short steps. Whereas with Paul McCartney, you take a song like “Michelle,” and it goes, “Michelle, ma belle. Sont les mots qui vont très bien ensemble.” In terms of pitch, it’s all over the place.’”

Using the extraordinary amount of data they pulled, Glickman and Brown determined the probability of McCartney having written “In My Life” is 0.18 — meaning Lennon’ story checks out. So, a new working duo has solved a mystery about one of history’s greatest… A testament to the enduring power of the pair!