Humans are great at a lot of things — but one that we excel at most is being unconsciously biased towards how we see the world!

As such, we have created lots of so-called “intelligence” tests, designed to gauge how the non-human animals with whom we share our planet measure up in the smarts department. But, as we’ve explored in this space before, these sorts of tests are often favour human-like behaviour as the gold standard. For example, the classic mirror self-recognition test is a cinch for species that are heavily visual in their information processing — that is, us, and not, say, notoriously nose-smart dogs.

But even with that caveat, every once in a while an animal will beat us at our own (heavily rigged) intelligence game. Like the Atlantic puffin recently observed by Annette L. Fayet of Oxford University, who was the second puffin the scientist had observed using our most sacrosanct of intelligence markers, a tool.

“This time, the action unfolded in front of a camera: The bird spots a stick and grasps it with a cartoon-bright beak. The bird makes a burbling sound. It turns, as if to face the lens. And then it scratches its chest feathers with the stick’s pointy end.

This was not some nesting behavior gone awry. Puffins collect soft grass for their nests, then hurry into their burrows with beaks full of bedding. The puffin in Iceland dropped the stick after it finished scratching. Hours later, the camera recorded the stick, still discarded, on the ground.”

Puffins now join the 1 per cent of species worldwide that have been observed using tools, a group which includes their feathered brethren New Caledonian crows and keas (a New Zealand parrot). And they also join us; showing humans that, not only are our attempts to wall ourselves off from our fellow animals completely arbitrary, but that species-specific necessity breeds species-specific invention. Smart — “for an animal” — really is smart!

Happy New Year, and welcome to the future!

With the holidays over and done with, I’m sure plenty of folks are showing off what Santa brought them. The especially lucky may have found 2019’s trendy audio accessory, a pair of wireless earbuds, in their stocking.

But the proliferation of low-profile earbuds and headphones has some safety experts worried. Between the music pumped into our ears, phone screens hijacking our eyes, and winter hoods blocking our periphery, being a pedestrian in the winter can be fatal.

But a team out of the Data Science Institute at Columbia University is hoping to change the frightening statistics, by creating “smart” headphones. With (standard) ’phones in, many folks can no longer hear a honked horn or the whoosh of an approaching vehicle: The proposed headphones would sense those external cues, and then impose a warning sound right overtop of the user’s playlist or podcast of choice, in-ear.

“The research and development of the smart headphones is complex: It involves embedding multiple miniature microphones in the headset as well as developing a low-power data pipeline to process all the sounds near to the pedestrian. It must also extract the correct cues that signal impending danger. The pipeline will contain an ultra-low power, custom-integrated circuit that extracts the relevant features from the sounds while using little battery power.

The researchers are also using the most advanced data science techniques to design the smart headset. Machine-learning models on the user’s smartphone will classify hundreds of acoustical cues from city streets and nearby vehicles and warn users when they are in danger. The mechanism will be designed so that people will recognize the alert and respond quickly.”

Of course, the crank in me pipes up around now, demanding why we can’t just look up and pay attention to our surroundings to keep ourselves safe. But human beings are not perfect actors — and if we can rely on tech to remind our fallible brains that there’s a baby in the backseat, why not with walking distracted? (Besides, sometimes a driver just doesn’t see you; and in a battle between a 2-tonne chunk of metal and human body, guess who loses.)
Averting tragedy is a net good that has no moralizing value. And, really, walking is so much better with a soundtrack! Why not make tech work for we pedestrians this winter?

The We in Y’all: Sleeper Pronoun Key to Inclusive Language

As a Canadian by choice, I freely acknowledge that my current home has a few advantages over the country of my birth, the good old U.S. of A.

But there’s one factor where the Land of Liberty has the Great White North beat: its linguistic crucible has led to the only second person plural pronoun our language has seen in hundreds of years. That’s right, I’m talking about “y’all.”

Y’all is a contraction of “you all” that came out of the American South, and as such has been unfairly maligned as a word used by stereotypes: cowboys and the above-linked (Beverly!) hillbillies. But it offers English speakers a handy way to refer to a group of people collectively (instead of the imprecise “you,” which is also singular). And, most importantly, it does so in a gender-neutral way: The most common workaround for lack of the appropriate pronoun is the term “you guys” which is increasingly inappropriate and insensitive to folks who identify as other than cisgender male. But “y’all” faces an uphill battle on several fronts towards widespread linguistic acceptance.

“For most […], pronouns fly under the radar. We repeat what we hear in the ‘linguistic ether,’ says [language, literacy and culture professor Christine] Mallinson, without much thought. And because we choose pronouns so automatically, it can be hard to change habits, even with strenuous mental effort, as those now incorporating the singular ‘they’ may have discovered.

For all the same reasons, however, doing the work to adopt new pronoun customs sends a strong message about one’s personal or cultural beliefs, Mallinson explains. So if someone values language that supports equality, but is unwilling to back away from you guys,’ they probably should be able to explain why. This is where this debate can get into sensitive territory.”

I think I’d feel like less of an impostor using “y’all” than some others (including the Canadian author of the above article), as I have my Americanness to fall back on. And I kind of like the fact it references being a rough and tough cowpoke — qualities that may be useful in certain meetings! Joking aside, English has a dire need for a word that refers to community, and especially a community that is diverse, and rich in the lived experiences of its members. The good news is, that fascinating word already exists. And the only thing I and all y’all, have to do is use it!

Leisure on Your Work Laptop: Never the Twain Should Meet! 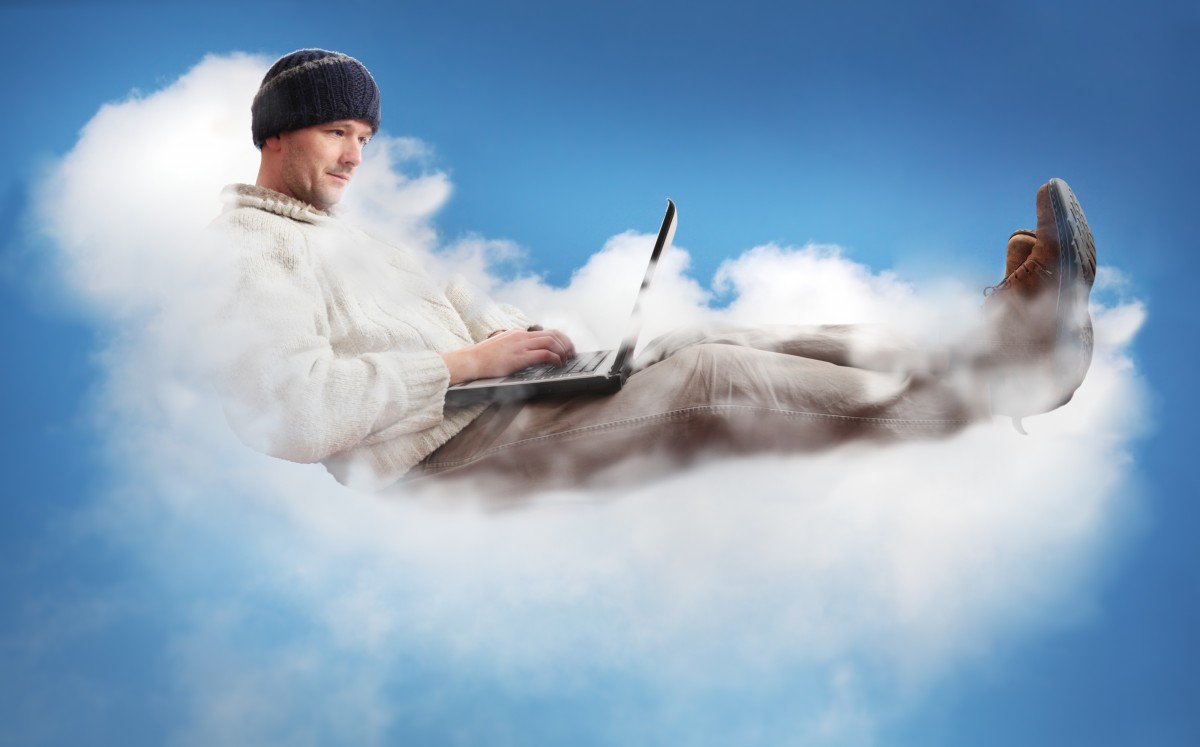 Despite our work-from-anywhere ethos plenty of DFC’s newsletter readers work in regular-style office jobs and have a boss, and a Slack channel, and a kitchenette with a sink that SOMEONE always manages to leave their dirty lunch dishes in. (When I worked in an office, that someone was Nikki. Man, it feels GREAT to finally call her out on it!)

So a big wave hello to you who are reading this on your work laptop! And a warning: According to a recent rundown in the Wirecutter, there are all sorts of things that we shouldn’t be doing on our work tech, including our laptop, many of which don’t occur to the average employee.

We all know that certain risqué web searches are best confined to your own smartphone. But what about storing a wee completed tax form on your work computer? Or taking ten minutes to side-hustle a vintage clothing sale? Not so much, writes Thorin Klosowski. But how about popping all your personal stuff into G Suite — that has to be safe, right?

“[It’s] easy to think of G Suite, which includes services like Gmail, Google Docs, and Sheets, as private productivity software. But the Freedom of the Press Foundation notes several reasons why you shouldn’t use a company-issued Google account to store your private data. Administrative users with G Suite Enterprise can search for specific phrases in an employee’s emails and documents, just like you can in your own account. Employers can set up audits to be notified of suspicious behaviour and create custom scripts for retaining data.

For example, an employer could establish a process by which your email drafts are saved even if they’re never sent. If you’ve ever considered drafting a resignation email calling your boss a jerk, do so elsewhere.”

This festive season, when so many office rules fly out the window like St. Nick (Bailey’s next to the coffee machine, anyone?), consider Klosowski’s tips a gift to future you. Come January, when the drudge returns, they might be helpful to remember… For your own peace of mind, let alone your boss’s!