Driverless Cars and the Future of Parking

Driverless Cars and the Future of Parking

DFC is located in a pretty rural part of Ontario, so, with all the snow this winter, we’ve been seeing many vehicles that are rare birds for city dwellers. ATVs, snowmobiles, and any number of hulking trucks with huge plow blades have all muscled through the drifts and past our offices. With our humble SUVs, we’ve been glad to see them blazing a trail!

What we haven’t encountered in our neck of the woods, and won’t for a while, are some of the most contentious vehicles in development: autonomous cars. Besides the nasty winter conditions, I just don’t think these cars are equipped for the kinds of decisions that are made out here — can you imagine an itty bitty driverless Google Smart car taking on a moose??

But while the powers that be work the kinks out tooling around Northern California, thinkers are casting forward to when driverless cars will be publicly available in urban centres. One big question is, will urban centres be ready for them — particularly in the area of parking?

Parking spots are premium real estate in a lot of cities. If you’re a driver, you need to leave your car someplace once you’ve arrived at your destination, because, naturally, you’re no longer driving it. Driverless cars break this whole logic chain down. Professor Adam Millard-Ball of the Environmental Studies Department at UC Santa Cruz has written a paper on exactly this problem.

“‘Parking prices are what get people out of their cars and on to public transit, but autonomous vehicles have no need to park at all. They can get around paying for parking by cruising,’ [Millard-Ball] said. ‘They will have every incentive to create havoc.’ […]

Under the best-case scenario, the presence of as few as 2,000 self-driving cars in downtown San Francisco will slow traffic to less than 2 miles per hour, according to Millard-Ball, who uses game theory and a traffic micro-simulation model to generate his predictions. […]

‘Even when you factor in electricity, depreciation, wear and tear, and maintenance, cruising costs about 50 cents an hour – that’s cheaper than parking even in a small town,’ says Millard-Ball. ‘Unless it’s free or cheaper than cruising, why would anyone use a remote lot?’”

The post-apocalyptic-movie vibe of driverless cars circling a downtown with no one to pick up is a frightening one to contemplate. Besides the inevitable I-for-one-welcome-our-new-robot-overlords aspect — how are we regular folks (defiantly not wealthy enough to jump on the driverless car bandwagon) going to get downtown? I refuse to be made a second-class citizen to a metal box with wheels! Like any good post-apocalyptic movie, I sense a revolt of the underclass brewing. When driverless cars come to my neighbourhood, the moose and I will hold the line! 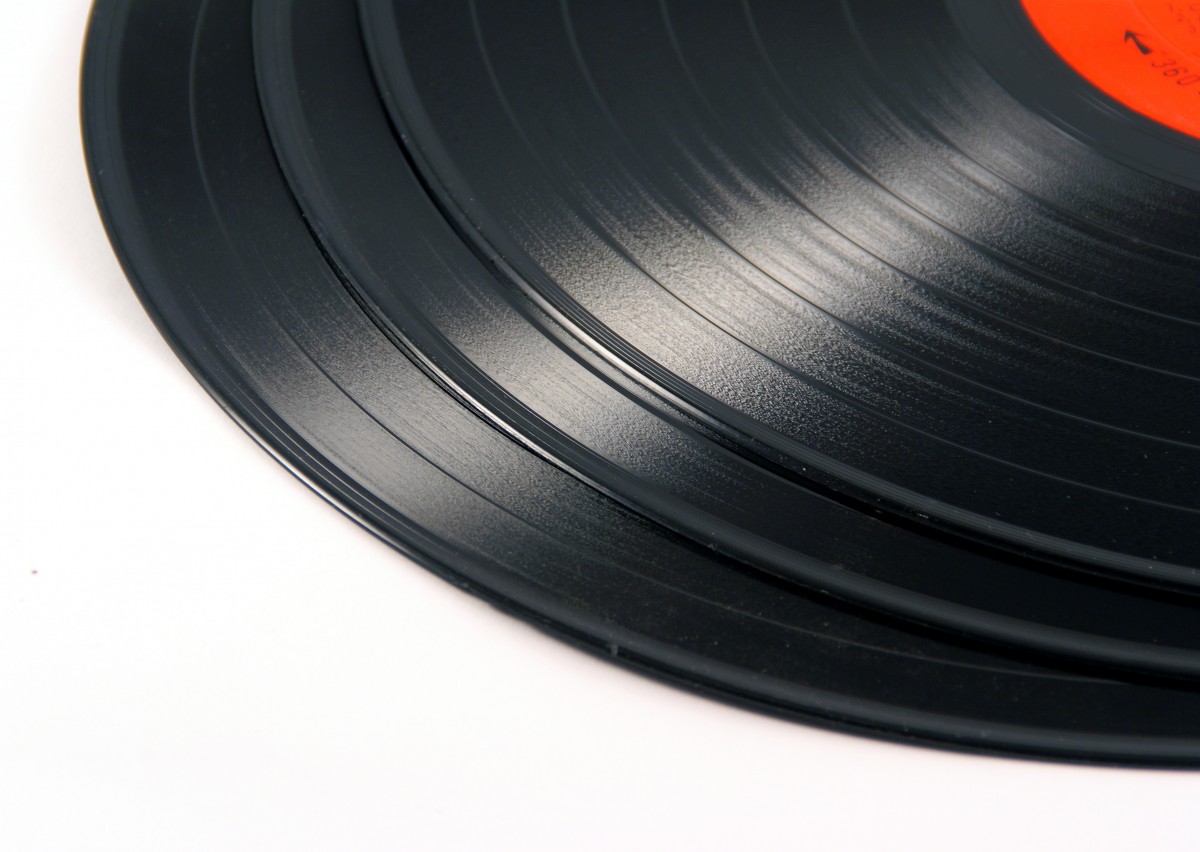 DFC the company supports small businesses all over with our array of business solutions. And DFC the humans try to do the same in our own community, through frequenting the many fairs, inns, and shops of our fellow Frontenac-dwellers. Sometimes we even go as far as Kingston! And it is in that bustling burg that I’ve found a heartwarming story about how important local support is to the small businesses in the area — and how important those small businesses are to the people around them.

Back in August, Brian’s Record Option, a legendary used record and music paraphernalia shop in downtown Kingston, suffered a catastrophic basement flood when a city water main broke. Brian Lipsin, owner of the shop for 38 years, believed the destruction of so many classic posters, records, and CD’s — never mind the damage to the building itself — spelled the end of the Princess St. landmark. That is until a GoFundMe set up for his store’s recovery netted four-fifths of its $10,000 goal in a single day. And the donations kept pouring in! Brian’s patrons responded to his plight by affirming (financially) how important his shop’s music, and identity as a hub for artists, is. And their generous donations have meant that Brian’s Record Option will open its doors again.

“Renovations in the store are in their final phases now. The floor has been replaced, new lighting has been installed, and storage bins and shelves are in the process of being built.

Lipsin said 13 bins for records have been built by the carpenters and more are coming. ‘They’re bringing in more, in a few days, another twenty I think.’ […]

‘People were just putting cash and cheques in my pocket as I was roaming around, I mean, it was wonderful.’

Donated money has been used to replace posters he lost in the flood along with adding new lighting and exit signs.”

According to the Record Option’s Facebook page, Brian is aiming for an early March grand re-opening. Until then, the whole community (at least those of us who like music!) is waiting excitedly to beat a path to his (new!) door.

This story makes me proud to be not only a Kingston-area community member but a human being. The dreams inspired by music are universal, and stores like Brian’s Record Option have become part of those dreams for everyone who’s ever enjoyed a genius, classic recording. Plus, it’s an object lesson in how small, personal, businesses are part of the fabric of community life — and the relationship goes both ways.

Squaring Up Theories on Wombat Poop

My entire life, I have been squirreling away facts in my brain that will come in handy when I inevitably get on Jeopardy. One of my favourites is a classic tidbit about one of Australia’s less-violent marsupials, the wombat. Specifically, that fact that its scat is cube-shaped!

While theories have abounded as to why wombats poop cubes (They stack them to mark their territory! There’s so little water to drink that they compress it all out in their guts!), no one has tried to find out the how. At least until Patricia Yang, a post-doctoral fellow in Mechanical Engineering at the Georgia Institute of Technology, got interested in the subject after hearing about it at a conference. Yang, who specializes in the movement of fluids in the bodies of animals, dissected the intestines of two roadkilled wombats that took months to acquire. (As a control, she and her team used a pig intestine.)

“As food is digested it moves through the gut, and pressure from the intestine helps sculpt the feces – meaning that the shape of the intestine will affect the shape of a dropping. So Yang and the team expanded both wombat and pig intestines with a balloon to measure and compare their elasticities (or stretchiness).

The pig intestine had a relatively uniform elasticity, which would explain the animal’s rounder poo. The wombat intestines, however, had a much more irregular shape. Yang observed two distinct ravine-like grooves, where the intestine is stretchier, which she believes helps shape wombat feces into cubic scat.”

Yang’s experiment goes a long way toward explaining why wombats’ waste materials conform to a shape that, barring crystals,  is actually pretty rare in nature. That’s a lofty result for a problem most often found in the gutter!

(Speaking of exotic animals and their bathroom habits: did you know that the three-toed sloth only poops once a week? They do so in response to their incredibly slow-moving metabolisms, as well as to minimize time on the ground that could attract predators. Now that’s efficiency…)

Peppery Plant Heat and the Future of Painkillers

Welcome to February! Right about now is the point in the winter when I start dreaming of warmer climes — if only for a vacation. One of my personal life goals is to visit some of my favourite hot-weather plants, cacti, in their natural habitats. Saguaro cacti  in particular look so friendly  that I’d be tempted to give them a high five. (Though with their significant spines), only tempted…!)

Another plant I’d like to get to know from a distance is Euphorbia resinifera, which is native to Morocco. Also known as the resin spurge, this cactus-like plant has an incredibly powerful defense mechanism: it’s hot. Like, 16 billion Scovilles hot. To get an idea, imagine pepper spray, then multiply its effect three (!) thousand (!) times.

The heat has long prevented predators from chowing down on the spiny leaves; now it’s also being studied as a possible painkiller. Dubbed resiniferatoxin, or RTX, the spicy chemical derived from the resin spurge can be injected into a pain site, like a bad knee or injured back, while the patient is anesthetized. There it basically burns away the nerve endings that transmit the feeling of pain to the brain. Though it seems counterintuitive for something that causes violent pain to block out violent pain, the science is there. From Wired:

RTX is a capsaicin analog, only it’s between 500 and 1,000 times more potent. When RTX binds to TRPV1, it props open the nerve cell’s ion channel, letting a whole lot of calcium in. That’s toxic, leading to the inactivation of the pain-sensing nerve endings.

This leaves other varieties of sensory neurons unaffected because RTX is highly specific to TRPV1. ‘So you gain selectivity because it only acts on TRPV1, which is only on a certain class offibers, which only transmit pain,’ says [UC San Diego anesthesiology professor Tony] Yaksh. ‘Therefore you can selectively knock out pain without knocking out, say, light touch or your ability to walk.’”

Researchers all over are looking at this naturally inspired pain solution, partly in response to the opioid epidemic that is gripping the US in particular. It’s also being tried as an alternative to morphine for end-of-life pain management. Localized injection treatments have already been attempted — and proven very effective — in dogs, with researchers reporting cessation of joint pain lasting up to five months (which feels like years to a pup)!

I’m very interested in further research into RTX, both for the immensely practical applications and for the coolness factor. Joint pain or no, at this point in the year we all need some heat!