Putting a Spotlight on E. Coli – a deep-sea shrimp may make our food safer

Putting a Spotlight on E. Coli – a deep-sea shrimp may make our food safer

Sometimes, the foods that make you sickest are the ones that passed the – literal and figurative – sniff test. In determining food safety, there can be more guesswork than is comfortable. But soon, standing in front of your fridge wondering if that package of frozen hamburgers, whose batch number isn’t quite the one that was recalled, is worth the risk, will be a thing of the past.

Scientists have developed a new weapon for the food contamination detection arsenal, which can make the presence of the bacteria E. coli too obvious to miss. (E. coli, usually found in the guts of healthy people, can cause severe gastric distress if ingested by mouth. It can be found in ground beef, unpasteurized milk, and produce, like lettuce or spinach, that may have been exposed to farm runoff.) It’s a virus called NanoLuc, engineered from Oplophorus gracilirostris, a deep-sea shrimp that glows blue. NanoLuc is designed to infect only E. coli, and when it does so, the bacteria glows visibly, much like the shrimp. That “makes contaminant detection as simple as turning off the lights”!

Researchers are now busy creating a virus that will infect Salmonella, another cause of food-borne illness. An invention like this can not only prevent the personal discomfort of a bout of food poisoning, but can save food companies the money usually spent on giant recalls — as well as the medical system’s time and resources. (E. coli infections can be life-threatening). Delicious!

Earlier this week, we (meaning the dogs & humans living here) had some excitement in the backyard. The excitement started when Jill hit, no pounced, on the back door to go outside. Both she and Samson started some serious barking and jumping. I looked outside to see what all the excitement was about and it was a BIG PORCUPINE!!! Instead of

opening the door to let them out because electric fence or not I believe they both would have gone after that prickly rodent in our yard, I locked the door and called out to my husband. (I think Jill would have gotten the door open) My husband took out his shotgun and played Elmer Fudd, except he didn’t want to hunt “wabbits”, he just wanted to scare away the porcupine. Porcupines seems to march to their own drummer, so when the shotgun was discharged over the porcupines head, all it did was raise his quills and continue plodding it’s way into a bush on the side the woods. Porcupines must be stupid or extremely confident to act so nonchalantly when a shotgun is shot at them…..

Bees + Elephants = Conservation
I have always thought of elephants as the gentle giants of the animal world. Turns out, if you live alongside them in Africa, they can often be the opposite of gentle: destroying crops and pushing over trees in their effort to get enough food to power their massive bodies.

Farmers and researchers in communities in Africa have long sought a way to limit elephants’ destructive tendencies in a way that doesn’t compromise the elephants’ well being. They seem to have found it, and are now steering one of the largest animals on earth away from damaging behaviour by harnessing their natural reaction to a very small animal: African bees!

Elephants are terrified of these particularly relentless insects, specifically because they can fly up their trunks and sting them from inside. So they will quickly evacuate an area where they hear the sound of an active beehive. This has led farmers and community members to put up hives along elephants’ routes towards tasty crops — when the bees are disturbed, they buzz, and the elephants turn right around!

Similarly, as conservationist and National Geographic Emerging Explorer Paula Kahumbu explains in this video for the venerable magazine, elephants are also repelled by the bee-like sound of drones. So drones can be used to “chase” elephants away from places they can damage — as well as from the resulting conflict with humans that could end up injuring them.

I love how nature and low-impact technology is being used to help these beautiful, intelligent creatures live their lives, as they battle back from the terrible effects of poaching. There’s a lesson for humans in here too: there are ways to work with many animals, if what they’re doing harms our way of life. 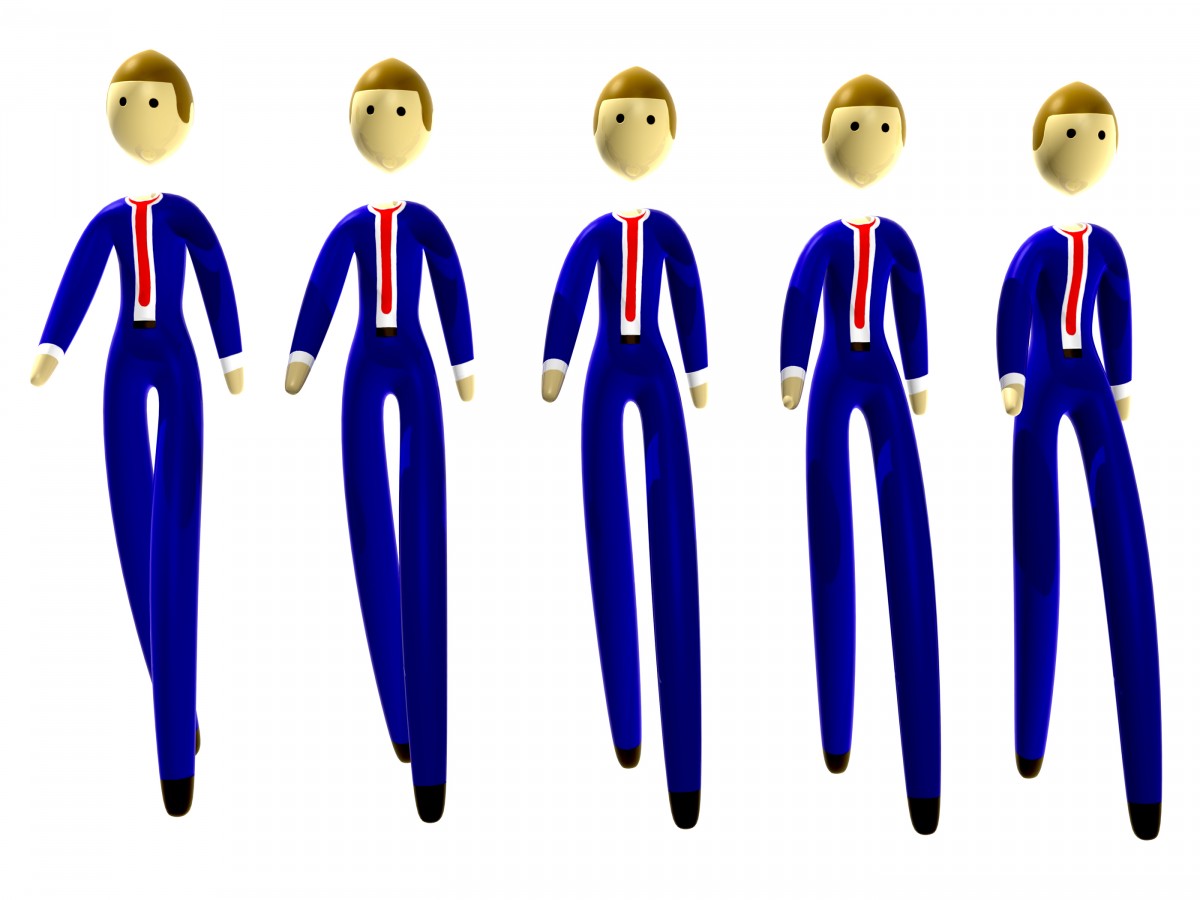 If you spend your days in a workplace where teamwork is paramount, here’s something to think about: a new study shows that groups of people working together to recall information may actually be compromising that recall. The team behind the study, a collaboration between the University of Liverpool and the University of Ontario Institute of Technology, has dubbed this phenomenon “collaborative inhibition.”

It has everything to do with the mechanism of retrieving memories. Different people usually have different preferred strategies to get their brains to cough up what they’re looking for. And, if that process is interrupted by other people verbalizing their own strategies during group work, recall for everybody in the echo chamber is lowered.

“Several factors were also found to influence the extent to which collaborative inhibition occurs. One of these findings was collaboration is more harmful to larger groups than smaller groups. Another was that friends and family members are more effective at working together than strangers.

However, in the same study, the team discovered a happy flip side to this phenomenon: individuals who worked in groups to synthesize information for later, on-their-own, recall, have higher rates of memory retention than if they had initially worked alone.

So, if you and your colleagues live on brainstorming sessions, keep at it! But perhaps think twice about studying for those certifications together…

A Tale of Teleportation: One Step Closer to the Quantum Internet

Researchers at the University of Calgary have demonstrated a principle in physics that even Einstein himself called “spooky action at a distance.” They have done so with an experiment of elegant simplicity, even though the concept seems seriously dense to the layperson (i.e. me!).

Basically, the team — headed by Professor Wolfgang Tittel and made up of postdoctoral fellows in the Physics department — has achieved teleportation of the properties of a tiny particle of light, to another particle 6.2 kilometers away, without an object having to move through the space between them.

This is a real world demonstration of a quantum principle — that observing a particle’s quantum state changes it. The team used particles that were “entangled,” that is, connected in such a way that their properties mirror each other.

“The U of C team used a specialized laser to create a pair of entangled photons — elementary particles of light — and sent one to Calgary City Hall via a dedicated fibre-optic line while keeping the other in their lab at the university in the city’s northwest.

At the same time, a third photon was sent to city hall from another location (a data centre in the southeast community of Manchester) so that it would meet and interact with the entangled photon.

‘We had to make sure it arrived at the same time at city hall as the photon that was created at the data centre,’ said Tittel.”

The whole thing was a delicate operation, as the fibre-optic line could be affected by the weather, and even the slightest resulting mis-timing could have sunk the experiment. But it worked, and the team reported their findings in the same issue of Nature Photonics as a team from China, who succeeded in proving the same principle with a different experiment.

For me, the coolest fact is that the fibre-optic line used in the Calgary experiment was actually part of City Hall’s regular infrastructure — they just loaned it to the University for their amazing uses! This means humanity could be on the cusp of a functional “quantum internet,” a hypothetical method of exchanging information that is faster and more secure, and could change the way we live our lives fundamentally. It’s only a matter of time (and space).