Drone and Human Unite to Save Australians — The Future in Action!

Drone and Human Unite to Save Australians — The Future in Action! 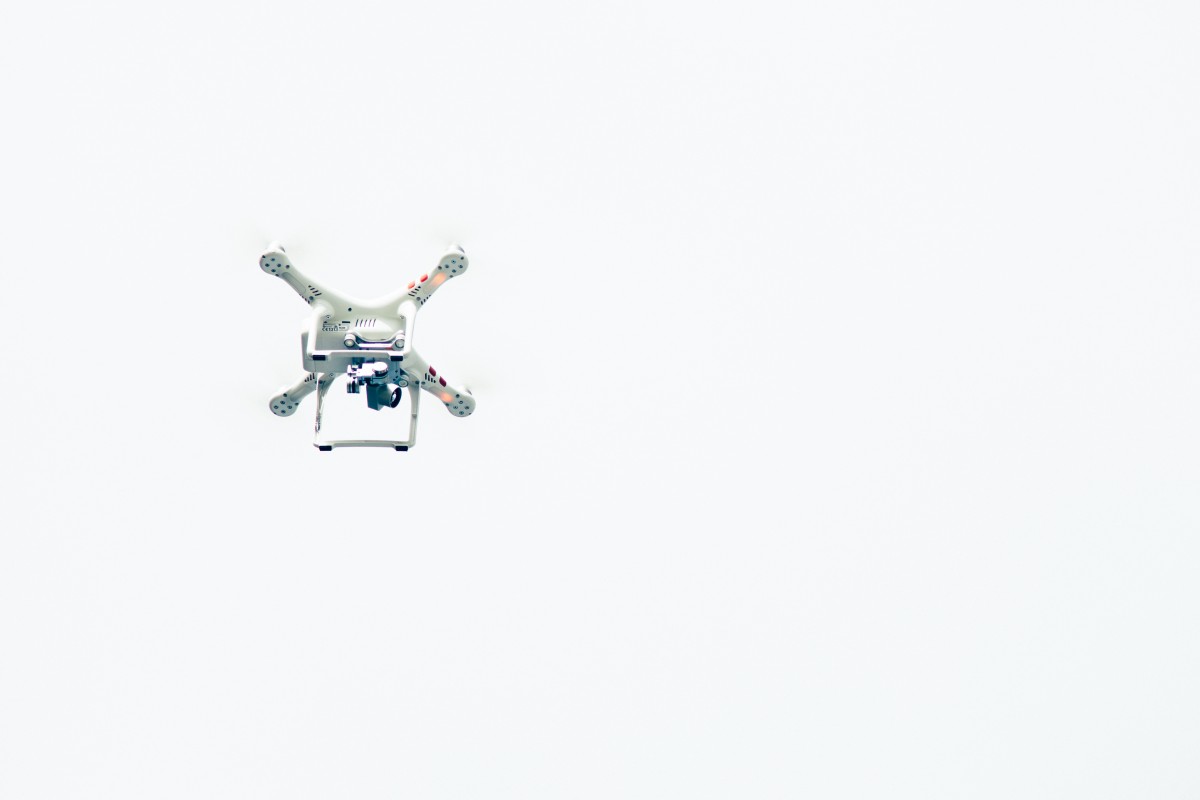 “At least it’s summer in Australia,” I thought this morning while staring out my window at my frost-covered yard, wearing two sweaters, two pairs of socks, and cradling my second cup of hot coffee.

But though (like all of us right now I’m sure!) I crave the cheery presence of the July sun, I also recognize that with summer’s heat certainly come summer’s dangers. Last week, two boys in New South Wales tasted that danger when they ran into trouble in the waves off Lennox Beach. Thankfully, they were rescued by a 21st-century saviour — a drone — on its very first day of service with the beach’s lifeguards.

When bystanders saw the swimming boys in distress, they called the lifeguard station, which was located a kilometer away from the action. Instead of losing precious time battling the waves, the lifeguards fired up their Little Ripper Lifesaver, developed after company founder Kevin Weldon witnessed unmanned drone technology being used to locate and help people in the streets of New Orleans after Katrina.

Little Rippers are customizable with a variety of lifesaving technologies for land, snow, and sea; including defibrillators, thermal blankets, and automatically inflating floatation devices. The latter was dropped down to the two boys at Lennox Beach, when the operator used the drone’s camera to locate and help them after one minute.

The boys were able to catch hold of the floatation devices and swim themselves to shore. If they had been injured, or unconscious, the more traditional services of the lifeguarding team would also have been required.

Lifeguarding is a complicated calling with no room for error. It seems that the pairing of career and technology is perfect in this case, with the drone enhancing human skills rather than rendering them obsolete. Now, I just have to insert the obligatory joke about how everything in Australia will kill you — but not the ocean off Lennox Beach, thanks to the lifeguards and their drone! (and just for fun watch this video of kangaroos boxing in the middle of a quiet Australian street)

Robot Revulsion as Developmental Milestone: The Uncanny Valley at Work

Does Sophia the robot inspire revulsion in you? You know, Sophia: the humanoid robot developed by Hanson Laboratories and activated in 2015, who has a title at the UN and has been granted Saudi Arabian citizenship? The one whose cranium is transparent, and who cracks jokes about destroying all humans? Yeah, her.

If Sophia and other humanoid robots like her give you the willies, you are experiencing the well-documented effects of the Uncanny Valley: the phenomenon of near-universal human distaste for things that appear human-like, but are somehow off. (This includes examples like Sophia, some computer animation, and bunraku puppets.)

I say near-universal because of some fascinating research has come out of the University of Michigan recently. This research shows that this unique sense of disgust, long thought to be a natural form of pathogen avoidance (as fellow human looking weird = sick or dying, to our lizard brains), might not be inherent in human experience, but actually learned.

Professor of psychology Henry Wellman and doctoral candidate Kimberly Brink studied a group of 240 children aged 3 to 18. The children were shown videos of three robots of varying humanity: “very human-like,” machine-like, and mostly machine but with human qualities (described as a combination between lovable movie robots Baymax and EVE.) The researchers then asked the children questions about whether they thought each kind of robot had feelings, if they could experience hunger or pain, if they could think on their own, and if they could tell right from wrong. The subjects were also asked if any of the robots creeped them out.

Interestingly, the children younger than 9 reported no feelings of weird loathing — but the children older than nine, like adults, were more horrified the more human the robots appeared.

“So what does this mean about the Uncanny Valley? One feature of our results provides a clue: Children’s attributions of mind to the robots affect how children feel. The younger children preferred a robot when they believed the robot could think and make decisions. For them, the more mind the better. This is in contrast to adults and older children for whom the more robots seemed to have minds (and especially minds that could produce and house human-like feelings and thoughts) the creepier that made them. For adults and older children, a machine-like mind is fine, but a robot with a human-like one is out of bounds. Perceived creepiness is related to a perceived mind.”

So this takes the Uncanny Valley effect out of the evolutionary realm, and locates it in the more complicated territory of individual brain development. As robots become more integrated into our everyday lives, the researchers propose that we think about designing them differently for humans at different ages. That is, a Sophia might be all right assisting kids in a kindergarten class, but would be a deeply unpleasant sight for everyone in a nursing home. Like it or not, we do have to think about these things: as Sophia’s popularity alone has shown us, the robots are coming!

The Wonderful World of What’s Living on your Bath Towel 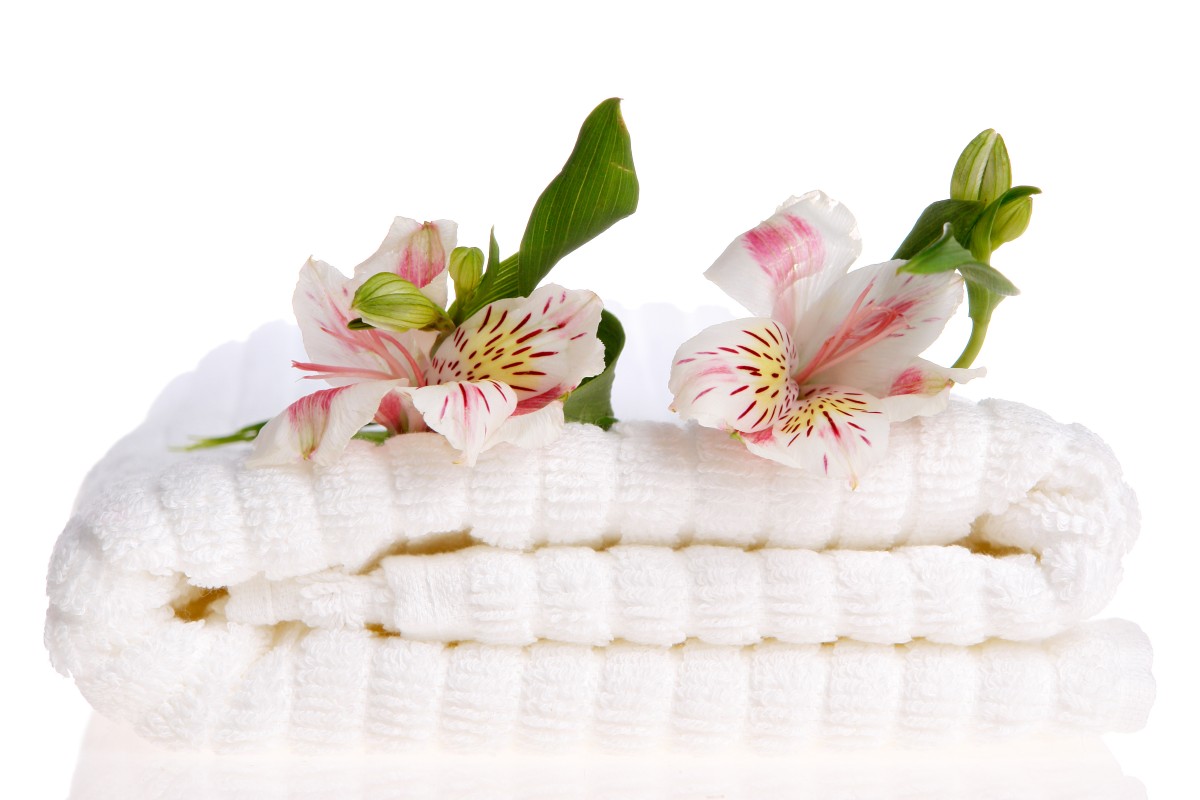 With certain personal items, it’s quite obvious when it’s appropriate to swap them out and wash them. Socks? Every day, of course! Bed sheets? Weekly, you spend like 60 hours total in them, for Pete’s sake. Bath towel? Well, considering you’re squeaky clean (in theory) when you dry yourself off post-shower, you’re… probably good for a while, right?

Wrong, says NYU School of Medicine microbiologist Philip Tierno. As clean as you think your shower gets you, your bath towel is covered in bodily secretions, fungal spores, bits of dead skin — plus any other free floating oogies that are present in your bathroom. (Six-foot toilet plume, anyone?) Also, your towel is damp and warm: perfect conditions for trouble.

“Your cellular debris and other deposits from the air serve as food for the microbes, and the moisture supplies water at a neutral pH. […]

[If] you share your towel with others, you could potentially come into contact with organisms that your body isn’t used to dealing with – such as Staphylococcus aureus, Tierno said, ‘which may give rise to a boil, or a pimple, or an infection.’”

According to expert Tierno, the maximum number of times you should use your bath towel before washing it is three — and that’s only if you manage to completely dry it out between uses… Yeugh.

This fascinating tale makes me glad we live in a time when we can know what’s crawling around on us and on our bath towels, for the sake of both interest and cleanliness! Now, if you’ll excuse me, I’m off to throw everything I own into the washing machine. See you next week! 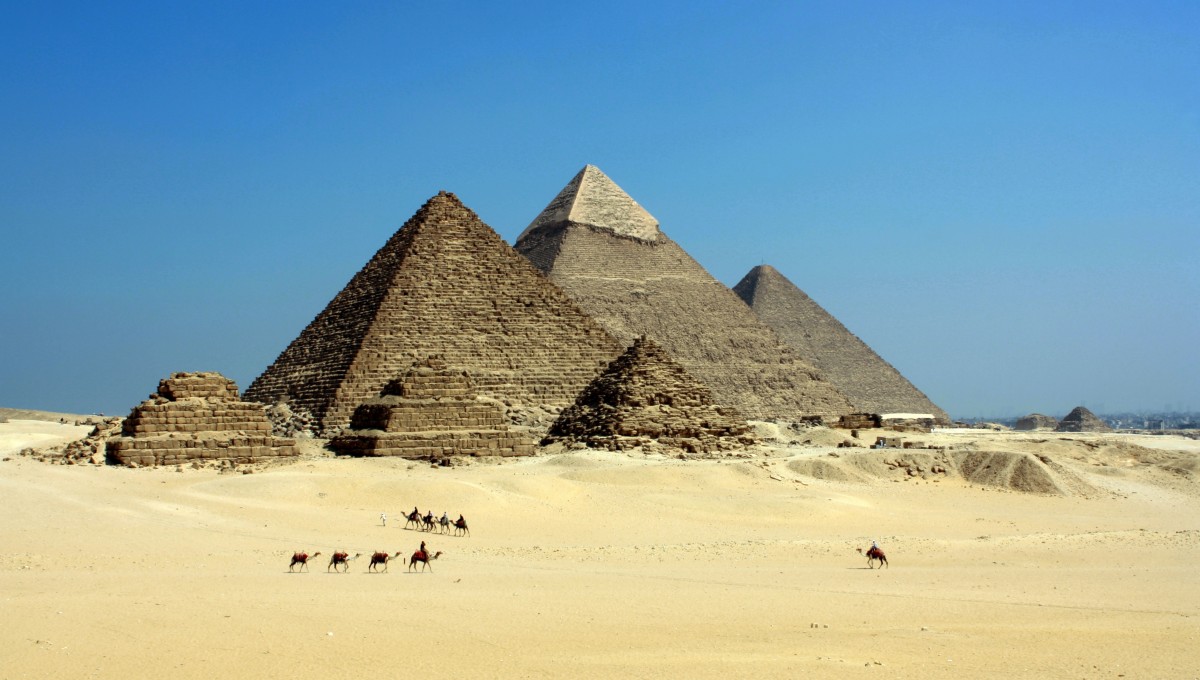 Back in November, muon tomography of the Great Pyramid at Giza revealed a previously undiscovered large void, deep within the last standing Wonder of the Ancient World. Naturally scientists are super enthused about exploring this new mystery — but how to do so in a way that won’t break through doors or walls, compromising the state in which the mystery was left? Besides the loss of scientific clues due to damage, explorers could also cause a collapse of part of the structure, or might bring down an ancient curse. (Kidding about that last one!)

To get around these challenges, French research institutes Inria and CNRS are working on a brand new kind of remote robot, an autonomous blimp. They hope the robot will open up the Great Pyramid void to science, while leaving it as sealed as possible in practical terms.

The deployment procedure would involve drilling an approximately 3.5cm hole into the outer wall of the chamber, and sliding the cylindrical robot inside, nestled into its rod-like dock. Once in the chamber, the robot would unfold and inflate its 80cm helium envelope and take off into the void. Equipped with 50g worth of sensors, lights, and motors, the blimp would investigate the secrets of the space, before returning to the dock, folding back up, and being withdrawn through the hole. (Check out the design video here)

The robot is designed but not yet prototyped — one of the puzzles the creators are still working through is how exactly the robot will fold up its deflated envelope again. But the rest of the concept is well hashed out, and represents a great improvement over other, traditional methods of exploration:

“[T]here are quite a few good reasons why it would be better than other types of ground robots with wheels, tracks, or legs, or drones with rotors. A blimp doesn’t have to worry about stairs, rocks, ramps (or traps). You get a much better perspective from a blimp, and you can also cover more area more quickly. Blimps can also harmlessly bounce off of obstacles and are less likely to crash than a conventional rotorcraft, and you have to figure that a blimp crash (if it does occur) would be much more pillowy in nature.”

I cannot wait to see how cutting edge tech unveils more of the mysteries of the human past, in a way that is as respectful as possible of the mystery itself! I’m sure chances of finding something as immediately gratifying as, say, treasure, are not high. But there is huge value in any information the blimp might uncover — and besides, if there’s no treasure, there’s no Boris Karloff look-alike to hassle you over it!

The Hidden Talents of Jellyfish 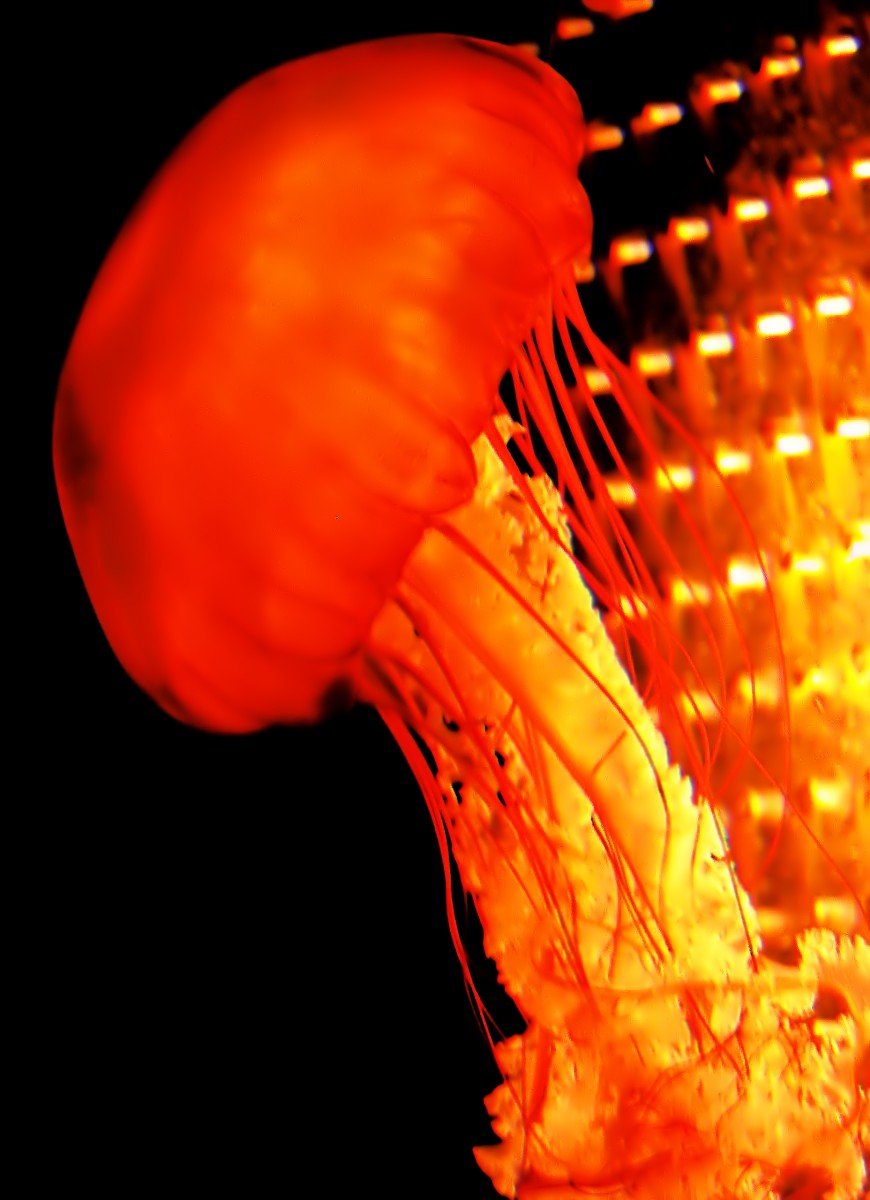 On this New Year’s Day, I’m excited to tackle the challenges the future will bring! But this exhilaration is tempered a bit by the realization that the holiday-mandated relaxation period will soon be over. During these holidays, I’ve been unwinding by watching nature documentaries — particularly BBC selections narrated by the incomparable Sir David Attenborough.

I’m fascinated most by episodes about the oceans, and I particularly love hearing about my favourite sea creatures, jellyfish! We solid bipeds might only think of them as either goopy blobs on beaches, or venomous menaces that ruin your swim first by causing stinging pain, then by obliging someone to urinate on you. (The efficacy of that strategy is a myth, by the way!) The Conversation has a breakdown of some of the coolest jellyfish facts that you can bust out around the water cooler when you return to work — including, my personal fave, the fact that some species of jellyfish are effectively immortal.

“Many jellies have evolved unique abilities, some of which seem almost supernatural. […] The pièce de résistance is surely their second chance at youth. When conditions are unfavourable, certain species including compass, barrel, and moon jellyfish can reverse their development and effectively turn back into jelly-children in order to wait out the hard times.”

This youth-cycling happens on a cellular level, and is actually right up there with stem cells as a possible solution to the human aging process. Hopefully, this remains a fun fact for you, rather than a fervently wished for dream resulting from overindulgence last night! Happy New Year, and here’s to a 2018 filled with natural marvels and technological breakthroughs.