Now, I’m as suspicious as anyone of the chip-in-our-brain future we seem to be careening towards. But I’m still fascinated by the wealth of applications of this new innovation from UC Berkeley: “neural dust.” While definitely not chips, these incredibly tiny, battery-less sensors could be implanted deep within the body, to transmit information about nerves, muscles, and other components. At the moment, researchers have tested the concept in rats, and are very excited about the huge leap represented by this technology, which is:

“unique in that ultrasound is used both to power and read out the measurements. Ultrasound technology is already well-developed for hospital use, and ultrasound vibrations can penetrate nearly anywhere in the body, unlike radio waves, the researchers say.

‘I think the long-term prospects for neural dust are not only within nerves and the brain, but much broader,’ said Michel Maharbiz, an associate professor of electrical engineering and computer sciences and one of the study’s two main authors. ‘Having access to in-body telemetry has never been possible because there has been no way to put something supertiny superdeep. But now I can take a speck of nothing and park it next to a nerve or organ, your GI tract or a muscle, and read out the data.’”

Having something that low profile in our healthcare arsenal could mean greater accessibility for untold amounts of information and therapies. Once the technology is miniaturized enough, neural dust could be used to control prosthetics, suppress appetite, or even monitor hormone levels. (“Neural dust” does sound a little mystical too — thus proving Arthur C. Clarke’s third law?

Scientists have made yet another real-world connection between human physical health and the state of the microbes that live in and on our bodies, and tag along for the ride our entire lives.

This time, a team out of the University of Chicago sought to investigate why the Amish population in the United States experiences half the national average rates of asthma. As a comparison, they also studied culturally and genetically similar Hutterite communities, where asthma is 75% more prevalent than in the Amish.

The primary difference between the Amish and their more asthmatic counterparts was found to be the presence of cows. While the greater US population, as well as the Hutterite communities, has moved towards machines for their transport and farming use, the Amish still rely on draft animals — oxen, and horses. This means that Amish babies and children are exposed to a unique combination of microbes in their daily lives, which lead them to become asthma-resistant adults. The researchers proved this with the help of another animal: mice!

[R]esearchers descended on both communities, taking blood tests, sampling the air and drawing up detailed maps of the microbes in both Hutterite and Amish homes.

The first clue was blood tests showing that the Amish children had much more robust immune systems than the Hutterites. For instance, the Amish carried a higher rate of neutrophils, a type of disease-fighting white blood cell.

Then, researchers gathered dust from Hutterite and Amish homes and exposed it to lab mice.

The mice hit with Hutterite dust were relatively unaffected, but the Amish-dusted mice soon became noticeably resilient to allergens.”

The researchers hope to harness (no pun intended!) the healthful effect that cow microbes have on mice and humans, to create an inoculation for those unlucky enough to live away from our bovine friends. I, however, will continue to try to lure my neighbours over to the fence for a quick hit of microbes every once in a while.

With Vogue’s much-storied September issue hitting newsstands right now, I have been inspired to pay more attention to the art of fashion. It’s hard to do way out in the glorious woods where we at DFC live and work; out here, with the ticks and the flies

and the scratchy branches, function necessarily trumps form! But, primed by news of the “Pure Human” project (in which a design student plans to make clothing from Alexander McQueen’s cloned skin), I’ve been keeping my eyes open for cool fashion news. And I’ve found some that may be helpful, especially to those out in the wild: Researchers at Penn State have just prototyped a self-healing fabric.

The neat thing about this is that the fabric itself is not some kind of space-age material: the researchers developed a polyelectrolyte coating that can be applied to any fiber, thus keeping costs low. When that fiber is dipped in water, the coating activates, and torn pieces can simply be pressed together to effect the repair.

And, enzymes can be impregnated into the coating as well. This would protect the wearer from pesticides, biological weapons, or toxic spills, depending on the enzymes used. The garment thus becomes a protective suit!

“Many toxic substances can be absorbed through the skin. Organophosphates, for example, which are used as herbicides and insecticides are absorbed through the skin and can be lethal. Some of these chemicals have also been used as nerve agents. A garment coated with a self-healing film containing an organophosphate hydrolase, an enzyme that breaks down the toxic material, could limit exposure. The squid ring teeth polymer is self-healing in the presence of water, so laundering would repair micro and macro defects in the coating, making the garments rewearable and reusable.”

In addition to making workplaces safer, and fashion more durable, this technology could find applications in the medical field, assisting with wound healing processes. The folks at Penn State will keep working on this innovation; until then, I look forward to the day I will never have to go clothes shopping again!

“The Shirley Technique”: 3D Printed Prosthetics on the Horizon

Over the past several years, 3D printing has gone from theory, to fun novelty, to possible threat. Now, the concept is being used as a medical game changer – helping several patients with unique facial prosthetic needs.

The first such patient was Shirley Anderson, an Indiana man who lost his jaw and Adam’s apple to treatment for an aggressive tongue cancer. Living life without a chin was difficult; an attempt by Dr. Travis Bellicchi, of the Indiana University School of Dentistry, to reconstruct his jaw using his own tissue didn’t take, and traditional prosthetics proved too heavy and unrealistic-looking.

Enter Professor Zebulun Wood, an IU coworker of Dr. Bellicchi’s at the School of Informatics and Computing, specializing in, among other subjects, 3D printing. Prof. Wood saw a way to use technology to not only create a lighter, more streamlined facial prosthesis for Shirley Anderson, but to avoid the labour and wait times required by traditional sculpting.

“For Shirley’s new prosthesis, instead of the uncomfortable impression process, they created what they call a ‘virtual patient’ — a digital model of Shirley’s face using CT scan data to capture bone detail, overlaid with a 3D facial scan. Dr. Bellicchi watched in amazement as Cade Jacobs, an IU student, designed a prosthesis in ZBrush 3D sculpting software in a fraction of the time it would have taken to sculpt it in clay.

The team used Formlabs 3D printers to turn the digital sculpt into a 3D printed mold, ready to cast for the final prosthesis. […]

The new 3D printed mold has a number of improvements on the original. It looks more realistic and is much lighter and more breathable so that Shirley feels comfortable wearing it for a longer period of time. The new prosthesis also has a ‘feather-edge margin’ around the outside, a tapered silicone edge that creates a more natural break.”

Shirley now has a new prosthesis that allows him to go about his public life seamlessly and in comfort, and IU has the bragging rights for having invented a faster, more helpful method for creating these important medical devices! It has been dubbed “The Shirley Technique” in dedication; the team has already expanded their patient pool to several others, and is actively seeking more.

The Sound of… Science?: Avoiding Hearing Loss with Music 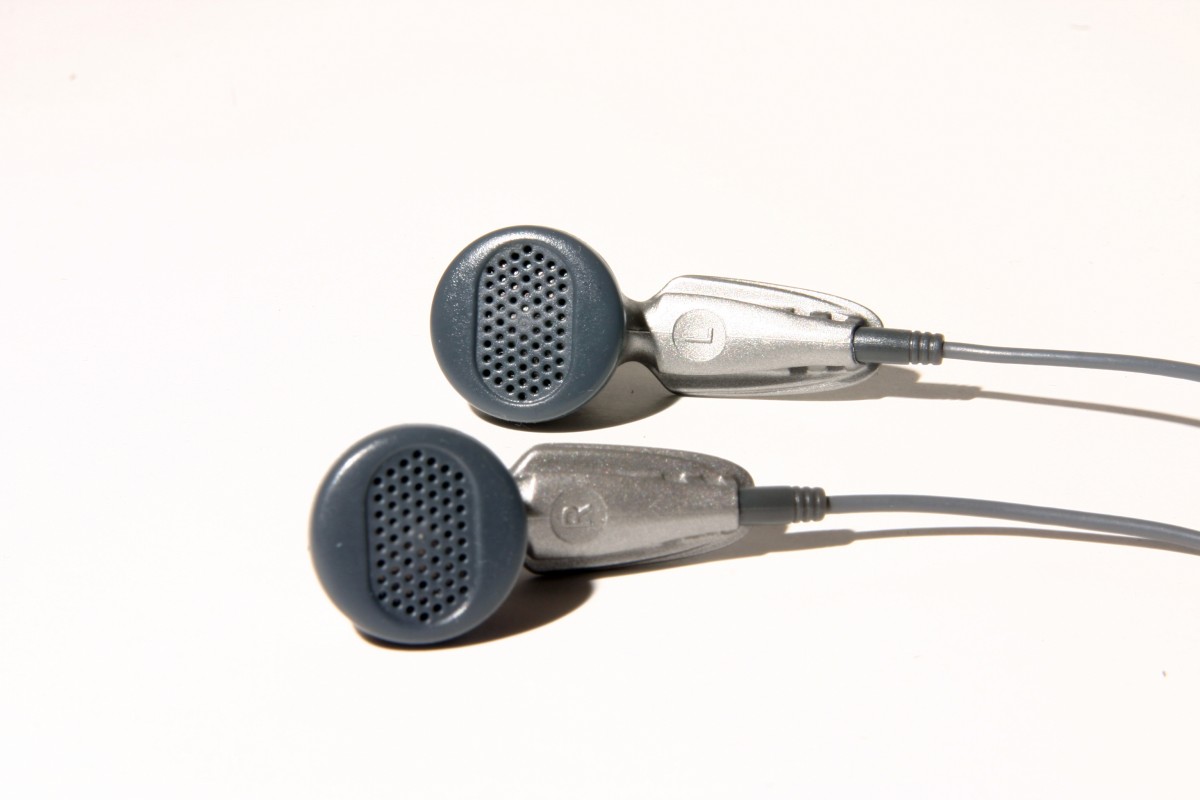 Back in 2012, before I moved to Eastern Ontario and started to get back into playing music, we profiled a special project in this blog: Music & Memory, which gifted donated iPods filled with personalized music to people in nursing homes experiencing dementia. 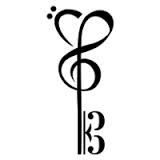 The change in the recipients was astonishing: listening to the music of their prime had the effect of unlocking their memories and bringing them back to their minds; to quote Dr. Oliver Sacks, it “return[ed] them to themselves.” (The Music & Memory project continues and has only grown bigger! Go here for more info and how to get involved.)

Another benefit of music to our aging selves has just been discovered: it may help alleviate hearing loss. According to Dr. Benjamin Zendel of the Memorial University of Newfoundland, quoted in a recent webisode of InstruMental, age-related hearing loss is actually part physical and part cognitive. It’s the latter half that we have control over — and can improve — specifically by musical training.

Dr. Zendel states that, in addition to our experiencing the cilia death that begins to limit the sounds we can physically hear as we age, our brains also start to have difficulty organizing the sounds that are still detectable. The establishment is still figuring out why the training — i.e. learning an instrument or performance technique — has the effect it does, “[b]ut it seems that musical training protects against that part of hearing loss. It keeps the brain organizing sound at a higher level, the same way that a young person would do it.”

There is much research into the effect singing has on learning and thought already so I imagine its only a matter of time before the connection between musical training and hearing strength is fully understood.

In the meantime, I’m going to continue practicing my viola, and hedging my bets! But let’s not use this as an excuse to shred our eardrums at a live concert, standing too close to the stage to watch the lead guitarist’s technique to apply at home. Then, training or no, we’ll all be pretty well sunk!