Mercy for “Meatware”: a Future of Working Smarter, not Faster

Mercy for “Meatware”: a Future of Working Smarter, not Faster

One of the many interesting threads that I picked out of the hot economics tome of 2014, Thomas Piketty’s Capital in the 21st Century, was that, given that the success of the 20th century was a short-lived economic fluke because of an

unprecedented confluence of world events, we in the 2000s in the West are seeing a gradual return to the kind of economic inequality that we saw in the 19th century and before. Already, the value of inherited wealth in relation to the economy as a whole is at par with where it was in 1910, and steadily rising.

I thought of this when grappling with this week’s topic, the redevelopment of the “Human Intelligence Task:” a 21st century, Western spin on piece work. We are returning to the 1800s economically in more ways than one, it seems — but there are thinkers out there searching for ways to make this reality work for the workers

In his article “Say Goodbye To Your Highly Skilled Job. It’s Now a Human Intelligence Task” journalist Mark Harris delves deep into the world of “Meatware:” digital crowdworkers who do multiple tiny online tasks from anywhere for a few cents to a buck or two. Most of these tasks are one step above automation — tagging suspected cancer cells in scans of patient tissue, for example, or filling out surveys, or transcribing information from format to format. Companies like CrowdFlower, zCrowd, and others sprouted up in the wake of the industry behemoth, Amazon’s Mechanical Turk.

Scary headline aside, Harris investigates the current state of the market, where tasks can run the gamut from interesting and well-paid, to too complicated and not worth it. Until recently, crowdworking companies have been mostly content to connect tasker and task, without thinking of the quality of life this working style affords. But, industry development is now looking further into the future:

“‘The very ephemeral, very shallow kind of work on Mechanical Turk is going to generate some economic activity, but is generally not sustainable in the very long term,” [Praveen Paritosh, Google research scientist in human and machine intelligence] says. ‘What is sustainable is moving crowdworking further along the computational spectrum, where there is room for more skill, more education, more training.’”

Crowdworking companies are starting to realize that this “room,” and the engagement it brings, should result in more contented, higher paid workers — and therefore, productivity above and beyond that which results from the current, simple, dangling-carrot arrangement.

“[Isaac Nichols, founder of zCrowd] believes that workers will ultimately prefer an environment where they feel part of the larger business. […] ‘Look at any company structure and there’s a ladder to climb where people get paid more as they move up. There’s a similar structure to be built on top of the crowd,’ he says. ‘I’d love to see the day where someone can have a career in crowdworking: to work whenever they want, wherever they want, and get paid more for their experience.”

It will be really interesting to see where this trend towards higher quality of working life takes us. Even as we careen back towards 19th century economic conditions, what we know about the possibilities of technology will ensure our future will always be unique!

My dogs Jill and Samson have never been shy about telling me what they think about what I’m saying to them – either through vocalizing or cocking an expressive eyebrow. But now researchers at Eotvos Lorand University have quantified exactly how the brains of dogs in general respond to language – and have found an interesting parallel with how humans respond to language too.

In the study, a group of dogs were trained to enter an MRI scanner — a feat in itself! — and stay still while technicians imaged their brains responding to positive words of praise, as well as neutral words. As an added twist, the team also observed the dogs’ brains while both types of words were spoken in positive and neutral tones of voice. The researchers discovered that, like humans, dogs use different parts of their brains simultaneously to respond to both content and tone. And the reward systems of the dogs in the study lit up the most when positive words were matched with a cheery voice!

“For dog owners […] the findings mean that the dogs are paying attention to meaning, and that you should, too.
[…] In terms of evolution of language, the results suggest that the capacity to process meaning and emotion in different parts of the brain and tie them together is not uniquely human. […] Brian Hare, an evolutionary anthropologist at Duke University who was not involved in the study, said he thought the experiment was well done and suggested that specialization of right and left hemispheres in processing information began to evolve well before human language. But, he said, it was still possible that dogs had independently evolved a similar brain organization.”

And while I’m glad to hear that the well trained dogs were free to leave the MRI tube at any time, I’m gladder they toughed it out, and helped facilitate this research. I will happily continue in my belief that Jill and Samson know exactly what I’m talking about — because science is now backing me up! 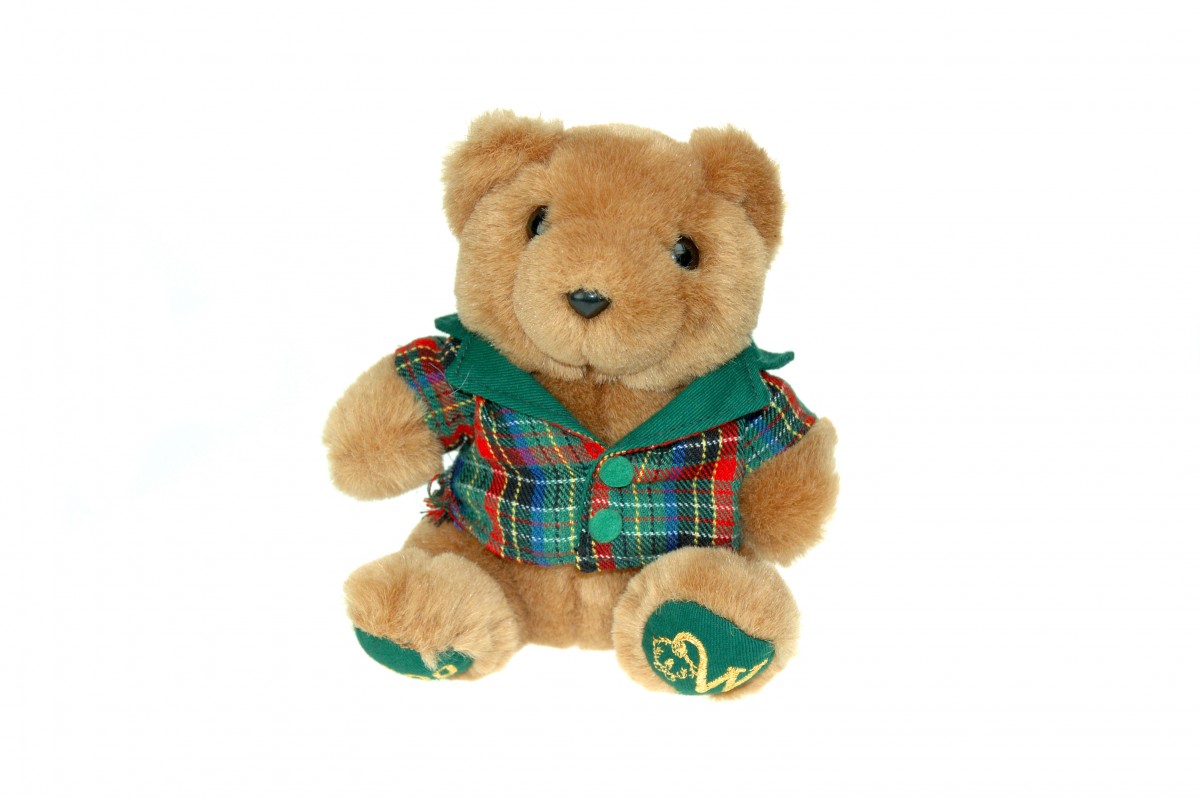 I’m sure anyone with a phone in their pocket nowadays has stuffed it full (or had it come out of the box stuffed full) of apps. From Twitter and Google Maps, to Rocket Man and Instagram, apps are the route by which a staggering amount of information in our world is mediated and packaged for our use.

But having a phone in your pocket with instant access fosters an intimate relationship with the apps in your life. Emotions come into play — we have apps that reassure us that we’re not lost, that we’re ever closer to becoming fluent in Dutch, that everyone around us is trying to catch Pokémon too, so we must be cool. Jesse Barron of Real Lifehas analyzed this heretofore uncomplicated intimacy, in a piece that takes Silicon Valley to task for the infantilizing virtual relationship with our most closely trusted apps.

Barron’s analysis begins as a screed against Seamless, which rolled out a New-York-City-specific ad campaign that used a “cool babysitter” tone to convince users to basically abandon their autonomy and social relationships, in favour of using their app to order restaurant food for delivery. Barron then began to see a tonal trend in other apps, like Yelp, Lyft, and Uber, where the modus operandi favoured the cutesy over the slick, the brightly coloured over the sleek monochrome, and the mascot-laden over the utilitarian.

On first assessment, this trend towards soothingly cute app experiences can be seen as a “demand-side” phenomenon: in today’s uncertain times, nervous users just want to be coddled and made to feel as secure as they were when they were children.
But Barron does not believe this theory holds water. He posits that the power in this relationship emanates from the Silicon Valley development offices where these apps are born, and it is wielded to a very specific purpose — to eventually make the giving up of personal information for the purposes of monetization so innocuous-seeming that it becomes unremarkable.

“There is no better example of cuteness applied in the service of power-concealment than Pokémon Go, which is a large data-collection and surveillance network devised by the former Google Earth engineers at Niantic and then candy-coated with Nintendo IP. The privacy policy — unlocking the door to your profile information, geodata, camera, and in some cases emails — is so disturbing that it has set off alarms even in the tech world. […]
I would bet that Pokémon and similar games will ultimately allow corporations to collect real-time photographic data on almost anything they want, anywhere in the world. An investment bank wants to put money into McDonald’s, but the rumor is that third-quarter earnings will be weak. Ten thousand Pikachus appear in ten thousand restaurants, luring customers in to serve as unwitting spies on the success of the entire chain in real time. The privacy agreement allows Niantic Labs to snap a photo of what the user thinks is a Pikachu but Niantic knows is $500,000 worth of market research. Now imagine the client is a police chief, or the Department of Homeland Security.”

The philosophical and moral position this puts us in as users is deeply interesting — not only have we internalized the fallacy that it is our needs driving the sickly-sweetening of our online lives, but that anyone who objects to it is against fun, openness, and joy — which is what these apps purport to foster. Can we continue to live online lives where an app’s cheery helpfulness is what makes it suspect?

This week, scientists are looking to the sea and its citizens again for a new human tech innovation.

We recently investigated the new invention of self-repairing fabric, which uses a polymer derived from squid sucker teeth to “heal” torn fabric without sewing. Now, a team out of the University of Connecticut has turned to squid and jellyfish skin for inspiration, developing a material that could obscure secret messages — and self-destruct after reading!

The researchers used man-made materials to mimic what happens when squid and jellyfish do to their skin to scare predators: Jellyfish wrinkle their skin to become opaque; and squid contract the muscles around their chromatophores (that is, the pigment sacs in the skin), revealing colours that may shock their predators into losing their appetite.

“Skin was replicated by placing a thin film of polyvinyl alcohol on a rubbery base of polydimethylsiloxane (PDMS). If it was wrinkled, for example, it would be opaque. When it was flattened out or if moisture was added, it would become transparent and expose a message.

Researchers added that the degree of crosslinking between polymer chains in the film could indicate whether the wrinkling was reversible. When there’s little or no crosslinking, it can only be smoothed out once, which can ‘self-destruct’ a message after reading.”

There could be other, non-spycraft-related applications for this innovation: if the crosslinking is to such a degree that the wrinkles can never be unwrinkled, a small patch of the material inside, say, a cellphone, could act as a “tell” to a vendor that a customer dropped the phone into a puddle — thus voiding the warranty.

It’s the result of our unfortunate bias as land animals that we have only begun to understand the wonderful functions of the humble squid, so I’m looking forward to “collaborations” between our species to come. I only hope we can offer something — being a human seems much less impressive now…!