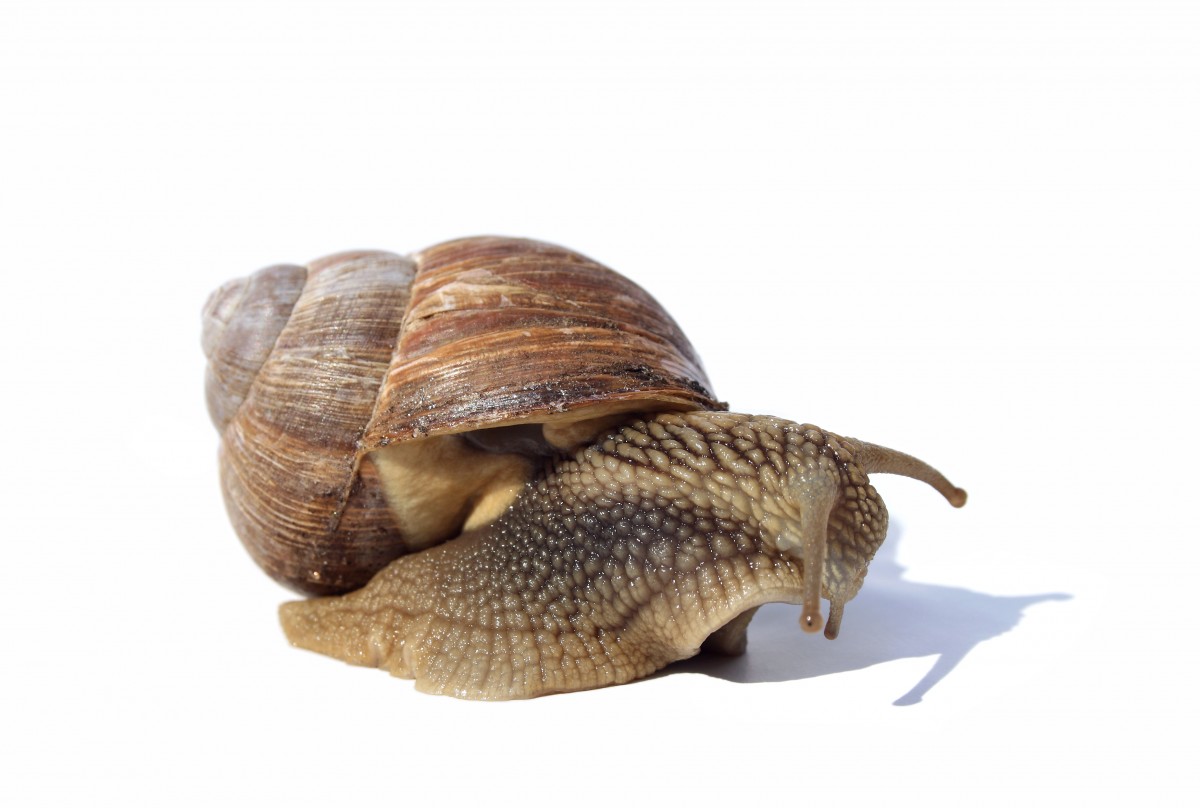 European snail farmers are currently experiencing an unheard-of demand for their product. Interestingly, it’s not in response to an uptick in escargot consumption, the usual fate of Helix aspersa or Cornu aspersum, but in a cosmetics fad for snail slime skin serums.

Studies have shown that the uniquely thick mucus produced by these snails can help regenerate skin. This has led to massive interest in a formerly niche ingredient in skincare creams, and a surge in production at the many (often Italian) farms where these snails are bred.

While staying on top of this lucrative trend, farmers have developed a gentler slime harvesting process, which keeps the snails happier and more productive (in the mucus-y definition):

“To force snails to secrete slime, traditionally they were dunked in pots of water with salt, vinegar or other chemicals. […]

Italy’s International Heliciculture Association recently patented a new machine, called the Muller One, which extracts snail slime by immersing the creatures in a special steam bath.

‘It is essentially a spa for snails,’ said [president of the Association Simone] Sampo. ‘We raise them naturally, feed them only vegetable matter and then extract the slime with water that contains ozone, which kills all the bacteria. The snails are not harmed.’”

It’s no secret that I love nature, and I’m especially interested in conservation. So I’m thrilled to see that these tiny creatures — so different from us it can be hard to have empathy — are being treated with conscience in this arrangement, and even being pampered! It’s a fair trade-off, I think, for the pampering their goop provides for us.