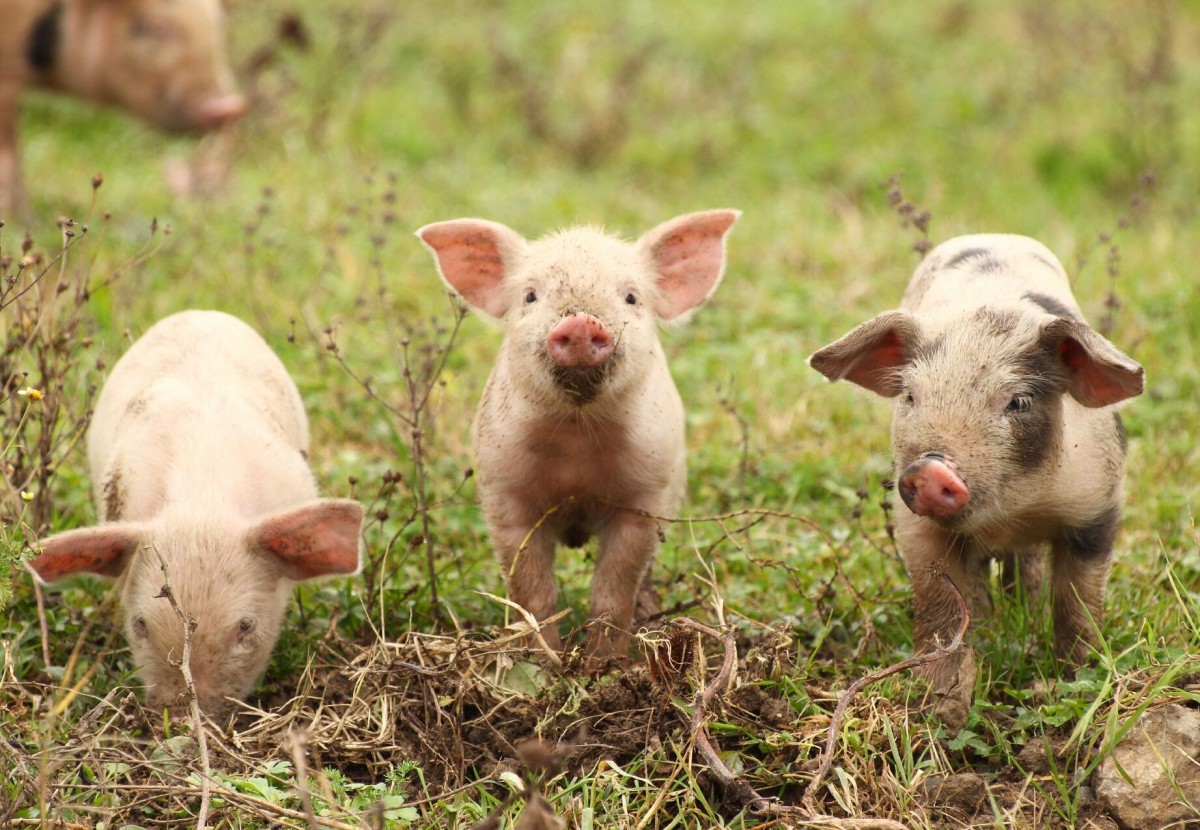 This is a sentence I never thought I’d write: An experimental herd of pigs may save Schiphol airport’s bacon by controlling the population of overeager geese. What sounds like a setup for a Babe sequel is actually a six-week-long pilot, underway right now, that aims to ensure safety at one of Europe’s most significant air travel hubs.

Unlike pigs, birds are the kind of animal that blends into the background of modern daily life – until they get in the way of a moving airplane. A “bird strike” – the term for when a plane hits one or more birds in the air – can seriously compromise the safety of a flight. (The famous “miracle on the Hudson” ditching of an Airbus A320 on the Hudson River was the result of a collision with a flock of Canada geese that were drawn into both of the plane’s engines, blowing them out.) Schiphol’s surroundings are a type of grassy marshland, called polder; that, and the sugar beet farm next door, attract large numbers of the dreaded geese looking to snack on greens. So the airport’s management turned to a local pig farmer, Stan Gloudemans, to try an innovative, two-pronged approach to flight safety. Said Mr. Gloudemans to the Guardian during an on-site interview:

“‘Geese like beet, and when it’s left on the fields, they flock to eat it,Over there are 30 geese enjoying the beet, but those geese are a danger to aircraft. Here, the pigs have eaten up the beet so the geese stay away.

All of our pigs are outdoors, we have around 300 a year, and they eat things like nettles, Japanese knotweed for municipalities, and other plants in nature reserves: they like everything. Schiphol asked if they might be able to eat beets and chase away geese.

Geese are dangerous, but they are animals, and you need to deal with them in the right way. The pig is a double enemy: he tries to catch the geese and he also eats their food. It’s a dual attack.’”

The trial, on two hectares of land similar to that around the airport, seems to be going well; the pigs are eating and patrolling, and the number of geese is significantly reduced. Data will be fully analyzed in the coming months, which will be used to determine if Operation Pig Patrol will be rolled out fully. I can’t wait until the Other White Meat menaces the Original across these Dutch fields, all in the name of human safety. (And I would watch the heck out of that sequel to Babe!)