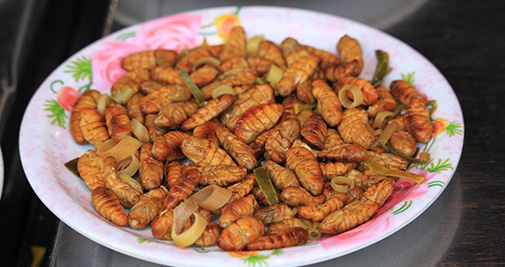 While we are still in the thick of the COVID-19 curve, it feels like a luxury to think about a future that not all of us are going to get a chance to see. But some experts are starting to talk about the potentially beneficial social fallout our descent into the unthinkable might have.

How humans consume the bounties of our planet — the air, the water, and other animals — is now under a microscope lens. COVID-19 is accepted to have begun in a mix of interspecies fluids in a Wuhan wet market. The original SARS started the same way. Heck, the best guess at how Spanish influenza may have arisen is a human flu and the avian flu both finding a home in pigs on a Kansas farm — pigs whose bodies quickly brewed the new super-virus. While China is rolling out a ban on wildlife trade for food purposes, it remains to be seen whether loopholes for the use of animals in traditional medicine will be closed, or even if the ban will be enforced at all.

So it’s not just crazy vegans anymore who are calling for the end of our dependence on meat. Just this week, the EU is expected to approve insects as being safe for human

consumption in all member countries. This means mealworms, crickets, locusts, and grasshoppers will soon appear on menus throughout the world’s largest economy — if Europeans can negotiate the tricky legal waters that stand like a moat between them and the protein source of the future.

“The UK, Netherlands, Belgium, Denmark and Finland have taken a permissive approach to a 1997 EU law that requires foods not eaten before that year to get novel food authorisation. […]

But such products are banned in France, Italy and Spain, among other countries. In 2018, a new EU law sought to bring some clarity. It stipulated that insect-based dishes would also require novel food authorisation. […]

Indeed, companies such as Protifarm in the Netherlands, Micronutris in France, Essento in Switzerland and Entogourmet in Spain are said to be preparing to ramp up their operations.

“We have many of our members building bigger factories because the key to success is to upscale your companies and produce on a mass scale. And this is already happening,” [International Platform of Insects for Food and Feed secretary-general Christophe] Derrien said. “We are expecting the next few years will be very interesting ones and obviously the novel food authorisations will definitely help.

Insects as food is a concept that has deep roots in many international cuisines. But the EU getting on board means a stamp of approval from an economic powerhouse — for a form of protein that is low-overhead, low-environmental-impact, and low-fat. The world could be a very different place if we wean ourselves off the water- and resource-hogging factory-farming industries, and meat in general. After all, even insects aside, there’s plenty of other things we can still have the joy of grilling — when all this is over!