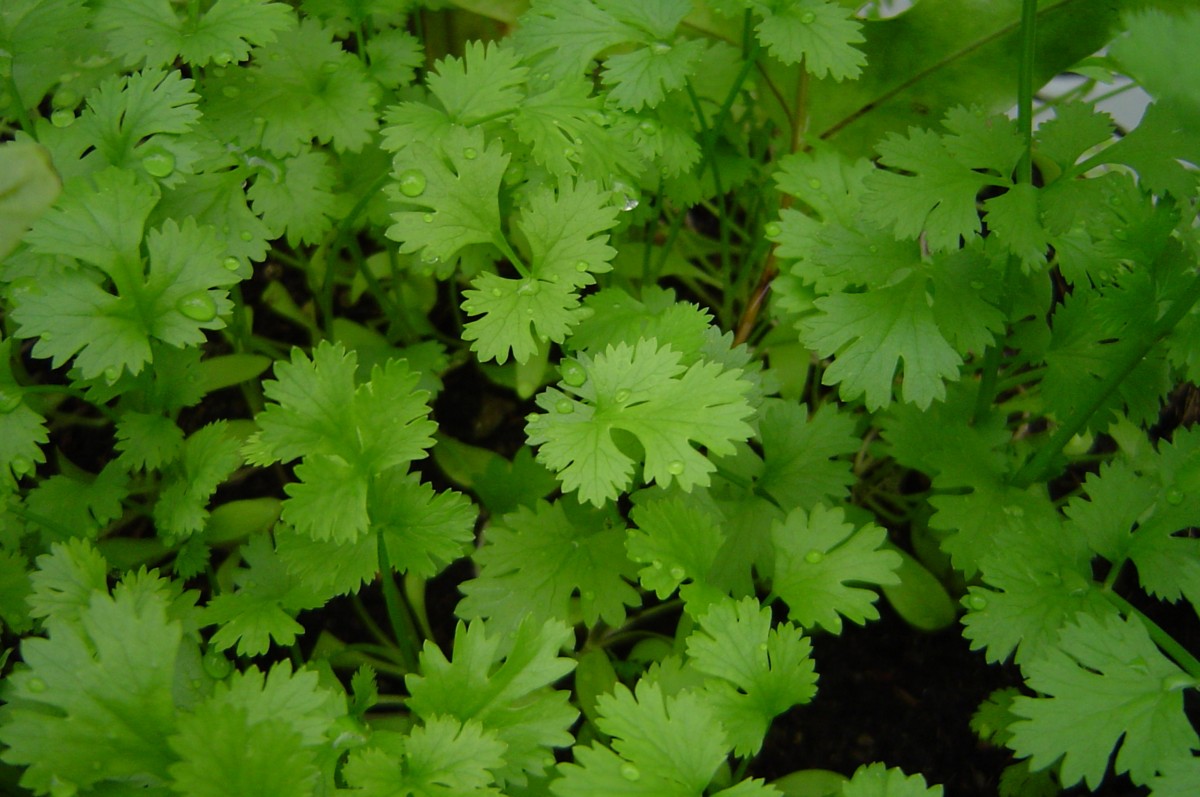 I had a productive conversation with a friend this week, in which we potayto–potahto-ed over the world’s most controversial herb, cilantro. I love it, and welcome its delicate flavour in anything from curry to scrambled eggs. He loathes it, swears it tastes like “metal soap,” and would willingly launch every last ounce of it into the sun.

Science has shown that my violently anti-cilantro friend shares a genetic heritage with up to 14% of the world’s population, that causes them to be sensitive to aldehydes in cilantro that are chemically similar to aldehydes that are byproducts of soapmaking. (Soapy = poisonous makes a compelling reason to avoid the herb!) Since I can’t detect the soapiness, I find myself in the population whose bodies won’t reject cilantro as possible poison, making me… a dinosaur?

Perhaps literally, says a new study from evolutionary psychologists at the University of Baltimore! Turns out that, with similar, foolishly self-destructive tastebuds, dinosaurs may have contributed to their own demise by persisting in chowing down on harmful angiosperms, not realizing their danger. From Phys.org:

“‘Learned taste aversion’ is an evolutional defense seen in many species, in which the animal learns to associate the consumption of a plant or other food with negative consequences, such as feeling ill. […]

The first flowering plants, called angiosperms, appear in the fossil record well before the asteroid impact and right before the dinosaurs began to gradually disappear. [Study leaders Gordon Gallup and Michael] Frederick claim that as plants were evolving and developing toxic defenses, dinosaurs continued eating them despite gastrointestinal distress. Although there is uncertainty about exactly when flowering plants developed toxicity and exactly how long it took them to proliferate, Gallup and Frederick note that their appearance coincides with the gradual disappearance of dinosaurs.”

While climate change due to asteroid impact definitely had an effect, an overall weakening of the dinosaurs through diet neatly explains how long it took them to become extinct — over millions of years both before and after the asteroid hit. That’s a cosmic timeline that brings me comfort: at least I can still enjoy ALL THE CILANTRO for the more human-scale time I personally have left!