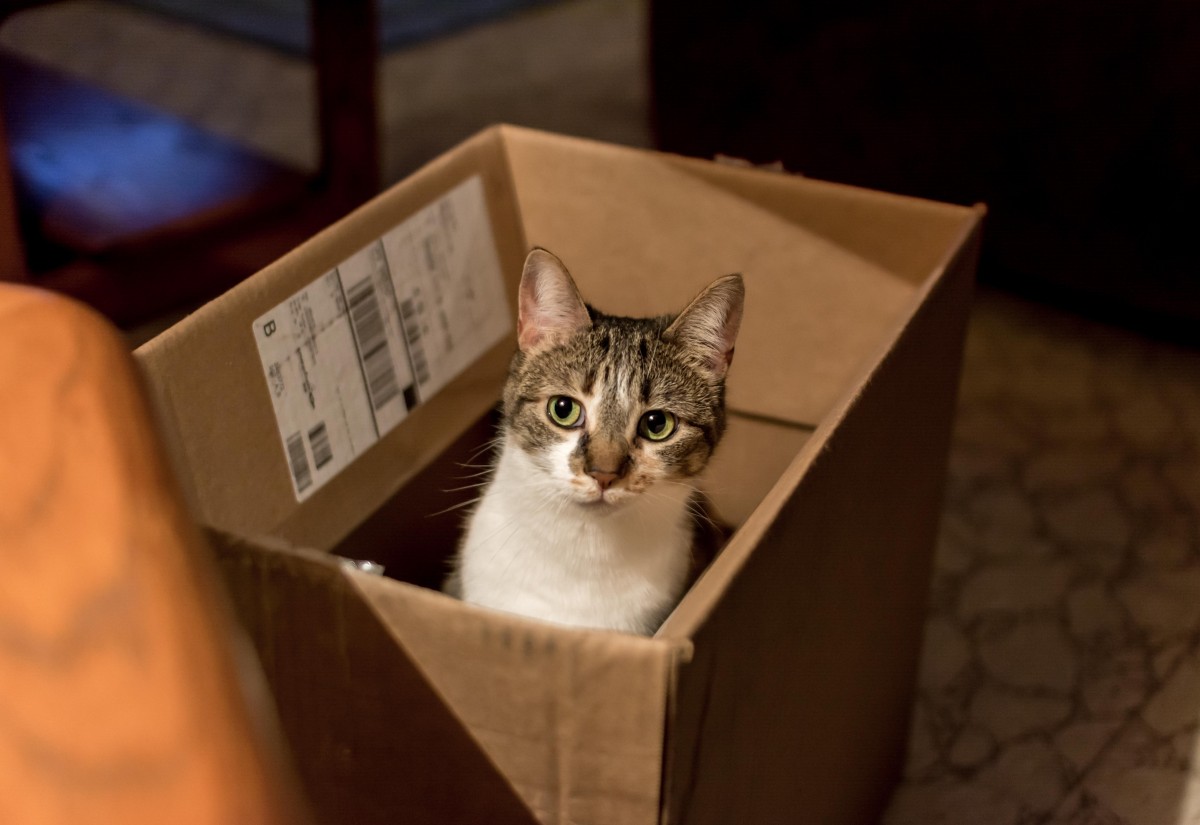 Though we at DFC are avowed dog people (and today is Jill’s birthday), there are folks in our lives who are strictly Team Cat when it comes to at-home companions. And, like

most of the internet, they will not stop talking about the doofy things their indoor felines do on a daily basis — like get brain freeze, startle at cucumbers, and give in to a mysterious force that compels them to jump into boxes. (I’m looking at you, Maru)

Now I’m biased: as a dog owner, I believe there is nothing more majestic than a canine chasing after a groundhog through the tall grass of a field. But it turns out that Maru and friends are not just being cute — they’re hunting. They are exhibiting exactly the same noble behaviour as the irrepressible Jill, but they’re just doing it in their own way, and (big difference) indoors.

Via the always-wondrous BoingBoing comes a fascinating video starring Abigail Tucker, author of The Lion in the Living Room, and contextualizer of housecat behaviour. In it, she analyzes the adorable kitty who can’t help invading the box your Amazon purchase just came in. Cats are not particularly well suited to confined living, and will often engage in cute-to-annoying behaviours (scratching, running around madly at 3 am) out of boredom. Cats jump into boxes due to an evolutionary memory as well: in an effort to ambush prey (read: their favourite nip-stuffed toy) the same way they did for eons in the wild. Unlike a canine, a cat does not chase, and a box provides a compact, secluded base of operations for it to play to its strengths.

Tucker further explains that fifty years ago, we would not have seen as much of this box-jumping behaviour, because cats only really came into prominence as domestic pets around that time. Before then, they would have prowled backyards or earned their keep by patrolling for mice in a barn. This is not to say that it’s better for a cat to be based outdoors! Sure, they won’t be bored, but they’ll face danger and injury, and an average lifespan of only two to five years. Give your indoor cat lots of mental stimulation, good food, and exercise, and they will have 18 to 20 years to do all kinds of weird stuff you can then post on YouTube!