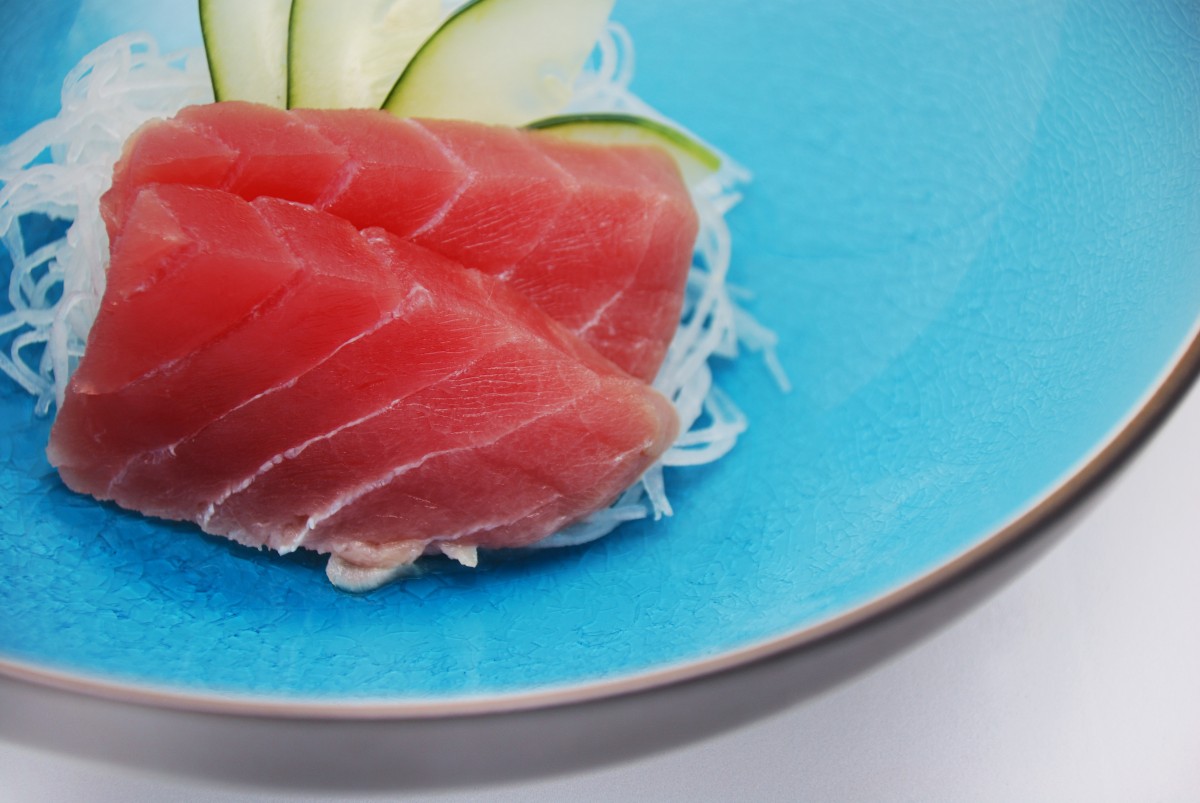 While some people work to solve the many sustainability issues: involving the creatures we harvest from the sea, others are radically exiting the binary altogether, by taking the “creature” and the “sea” out of the whole equation. Vegan alternatives to fish are light years behind those of meat, but a few entrepreneurs are starting to look at sustainable solution that is halfway between the two: Lab grown fish. This cruelty- free cell cultivation involves taking a small sample of tissue from a living fish, say a tuna, then allowing the cells to multiply—“grow”—in a vat, where they eventually diversify into exact copies of cuts that you’d see on a high-end sashimi platter. Industry disruptors claim we can expect to see this “fishless fish” in markets in a year or two. But this enthusiastic answer to our big problem gets more complicated the more you look at it. The Guardian takes a (pun intended!) deep dive:

“When grown indoors, cell-cultured seafood like salmon and tuna can be optimized for taste, texture and nutritional content, and cooked like traditional fish or eaten like sushi. But it remains unknown if consumers will embrace lab-grown fish.

‘We talk a lot about price, taste and convenience as the three core aspects the alt-protein industry needs to focus on,’ said Marika Azoff, a corporate engagement specialist at the Good Food Institute, a non-profit advocacy group that promotes alternative proteins. ‘They need to taste the same or better, they need to be priced the same or cheaper, and they need to be widely available.’

Even cell-cultivated skeptics agree that hi-tech seafood has a huge market potential, but they say it’s going to always be an expensive product even though costs are coming down with time. They also note that species such as salmon and tuna aren’t particularly threatened worldwide.”

Non-threatened nature of the species aside, I’d be very interested to try a piece of my fave (salmon) that’s been grown in a lab, just to see if I can detect a difference!

Representatives of some of the companies developing fishless fish do acknowledge their solution isn’t the only one. But the problems that plague the seafood industry—overfishing, warming oceans, mercury, microplastics, etc.—don’t have a single solution that covers everything. We’re going to have to think three-dimensionally to tackle this issue, and if part of it involves getting used to filet of sole fresh from a vat, then so be it.