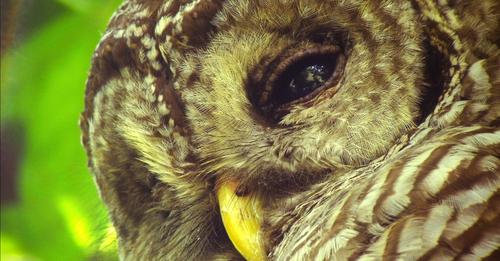 As night falls on DFC HQ, we can sometimes hear the calls of the variety of owls that have made their home in the woods around us. And who can blame them! They’re probably celebrating the piles of prey available to hunt, munch on, and then finally barf up the undigestible bits. You haven’t lived until you’ve gone on a field trip, and poked apart owl pellets to guess what unfortunate rodent met their maker on the wrong end of a dinner party. So memorable are owl pellets

that they remain the only reliable fact I can (metaphorically) regurgitate about these birds!

Cue my reading of this news, along with a light smack of my forehead and an “Of course!”: Researchers have found that the pterosaur species Kunpengopterus sinensis  – winged dinosaurs that soared through the Jurassic skies over now-China – gulped down their prey, then, like their owl cousins, deftly upchucked the hard bits and went on with their prehistoric day. Now, scientists can study the contents of the pterosaur pellets, and get a fascinating peek into the long-dead creatures’ diets.

“[The study] reveals that members of this species, at least, were fish eaters. (Other possibly tree-climbing members of the genus Kunpengopterus may have dined on insects.) The find also suggests that, like modern birds, these pterosaurs had two-part stomachs: an acid-secreting part to dissolve the food, and a muscular gizzard to compact the indigestible bits into a pellet.

Based on the size of the scales in the larger pellet, found next to the adult, the fish it was eating was much larger than most fish fossils found at the site, the researchers note. That suggests that rather than opportunistically scavenging any fish that washed up onshore, K. sinensis may have been a hunter, actively choosing the largest prey it could catch.”

Current research puts forth that theropods (hollow-boned, three-toed, earthbound dinosaurs) are the true ancestors of birds; that is, they didn’t evolve from pterosaurs. So my delight is even greater, now that I’ve discovered that pellet-ralphing, like flight, evolved separately in two different species, millions of years apart! Next time I hear those owls in the woods, I’m going to head out there and yell that fun fact at them. Give them something else to chew on… besides their unfortunate dinner.