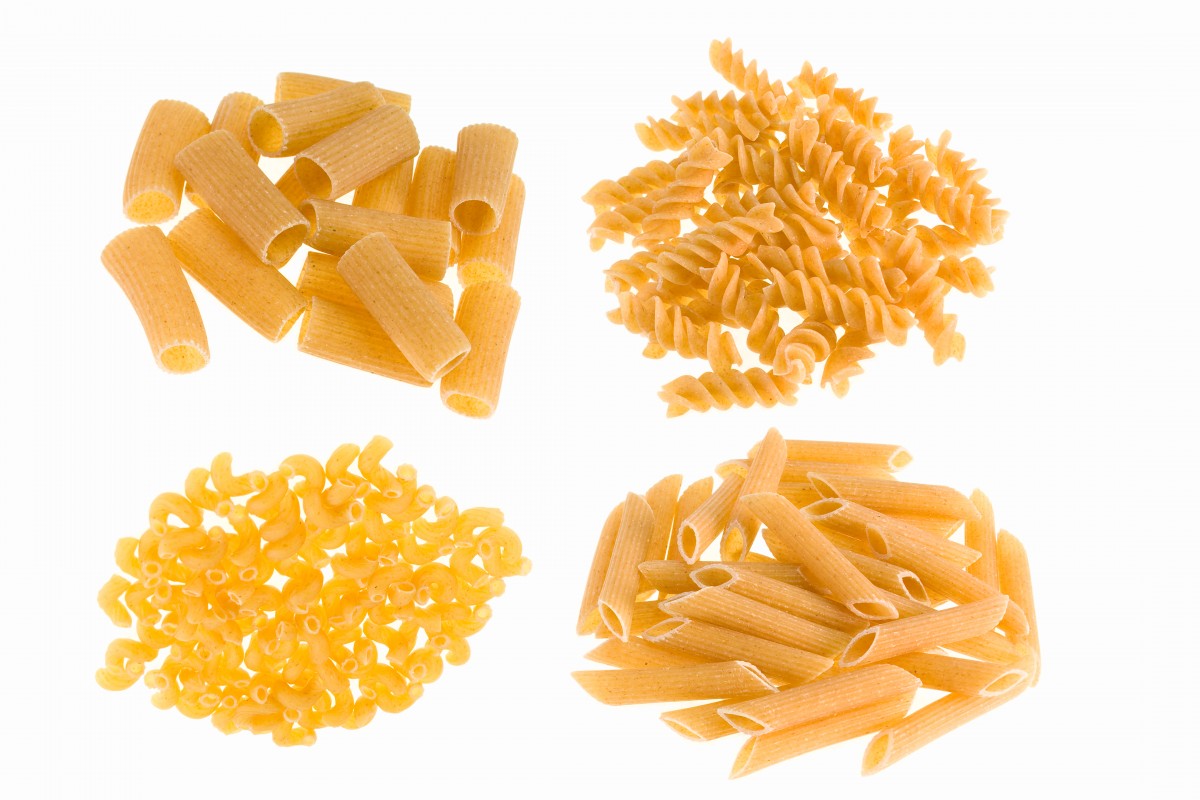 Theoretically, spring is supposed to arrive this month, but in DFC’s snowy neck of the woods, winter continues to close its icy grip. I’ve been fighting back with the most powerful weapon we cold-climate-dwellers have: comfort food!

Chilis and soups are high on my list, but in this nastiest of months,  nothing beats the world’s most perfect starch: pasta.

As an enthusiast of both pasta and technology, I was fascinated by a recent collaborator article on Smithsonian.com (via the always amazing BoingBoing). The profile, by Elizabeth Chu and D. Lawrence Tarazano of the U.S. Patent and Trademark Office, outlines the impressive history of machine-made pasta shapes.

Traditional Italian culture has developed more than 1,300 (!) different shapes of pasta. A similarly staggering number of patents have been required to replicate — and surpass — some of the most popular shapes. And it’s been a complicated process.

“Pastas formed by hand have been the most difficult to replicate by machine because of the complexity of the actions done by hand. Cavatelli, gnocchi and orecchiette, for example, are made by rolling pasta dough by hand into a long snake shape, cutting it into equal sized dough pieces, and dragging the dough to form a cup-like shape. […]

Italian inventors Franco Annicchiarico and Adima Pilari, who received U.S. patent no. 4,822,271 on April 18,1989 for ‘an improved machine for manufacturing short cut varieties of Italian pasta (orecchiette, etc.),’ developed a machine for making these cupped pastas. Comprised of three units, this patented invention allows users to feed the machine with pasta mix that later extrudes into sticks of pasta. Those sticks are then ‘cut into cylindrical pellets,’ and finally, three rollers flatten, curl, rotate and form the pasta into a cup shape.”

Other noodles (like those for lasagna or ravioli), are subjects of patents for rolling and folding machines, and still others (like spaghetti or macaroni), for extruding machines.

It’s staggering to think of such a simple, handmade food being taken into the future on the wings of the most technical of documents. (Indeed, the far future: pasta company Barilla has a roster of 3D printed pastas of which they’ve staked intellectual ownership!) But however many heights they scale, all fanciful kinds of pasta will end up the same: inside the human stomach, converted to human energy. My favourite comfort food remains humble, even on the cutting edge of tech!